TEHRAN, August 5 - Following rallies in Florida and Pennsylvania this week, President Donald Trump on Saturday made a stop in central Ohio to support Troy Balderson, the Republican running in Tuesday's special election. 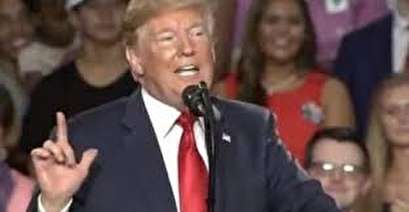 Balderson will face off against Democrat Danny O'Connor in Ohio's 12th Congressional District, in the final special election before November.

The president opened by telling his supporters they are the real "elites," not those who did not think he could win the 2016 election.

Trump dished the idea of Democrats taking over Congress after the midterm elections in November, saying "I don't think so."

"I think it will be a red wave, but you've got to get out and vote," Trump said.