TEHRAN, August 19 -Chinese President Xi Jinping says the military must resist the "corrosion" of corruption and ensure the fight against graft is deepened. 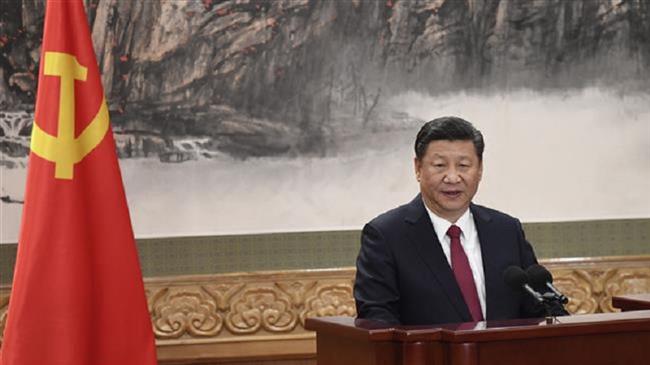 TEHRAN, Young Journalists Club (YJC) -Speaking at a three day-meeting of the Central Military Commission, which ended in Beijing on Sunday, Xi told officers that the fight against graft must remain "always on the road" and be deepened.

"Go in hot pursuit of and strike hard against hedonism and extravagance," the official Xinhua news agency quoted Xi as saying.

"The anti-corruption fight must be unswervingly grasped, and will not change direction or form," he added.

There must be no no-go areas and a zero tolerance attitude maintained, with a full and comprehensive supervision system put in place to tackle the problem, the president said.

Xi stated that China's military must ensure they and their families are upright and clean, and that they can "resist the corrosion of unhealthy tendencies."

Elsewhere in his remarks, the president said efforts were needed to strengthen the leadership of the ruling Communist Party over the military "to ensure a solid political guarantee for the building of a strong military."

China’s military is currently undergoing an ambitious modernization program. Xi has stepped up efforts to modernize forces that are projecting power across the East and South China Seas and deep into the Pacific Ocean.

The People's Liberation Army, the world's largest has been an important focus of Xi's campaign against corruption since he took power six years ago.

Several notable officials have been investigated and jailed over the past few years after President Xi launched an anti-fraud campaign.

Xi has repeatedly warned about the threat of corruption to the country and has vowed not to let up in the fight against it.

Serving and retired officers have warned graft in the armed forces could undermine their professional ability.