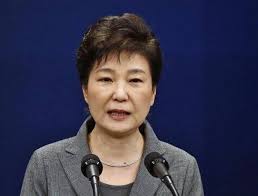 TEHRAN, Young Journalists Club (YJC) - In April, a district court sentenced Park to 24 years in jail and fined her 18 billion won ($16.8 million) over bribery, extortion, abuse of power and other charges. That ruling came a year after she was removed from office following months of street rallies over the corruption scandal that also led to the arrests of dozens of high-profile figures.

The Seoul High Court on Friday handed out a 25-year prison sentence after concluding Park took more money in bribes than initially believed. The court increased her fine to 20 billion won ($17.8 million).

The court said both Park and prosecutors have one week to appeal.

Park, the daughter of late dictator Park Chung-hee, was elected as South Korea's first female president in late 2012. Her stunning fall dealt a serious blow to conservatives in South Korea, helping liberal Moon Jae-in score an easy victory in a presidential by-election in May last year.

Park has called herself a victim of political revenge.

In July, Park received an additional eight years in prison for abusing state funds and violating election law in a separate election law. That made the 66-year-old face the prospect of more than three decades behind bars.