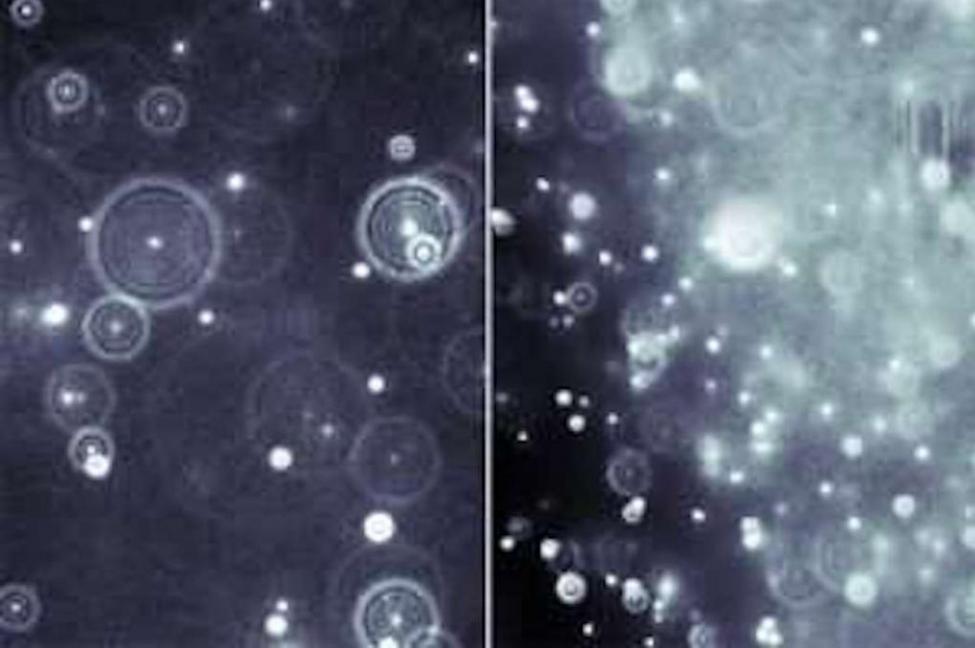 "In order to derive meaning from videos, you have to convert the videos into quantitative data," Sam Lai, an associate professor at the UNC Eshelman School of Pharmacy, said in a news release. "With current software, researchers must carefully supervise the video conversion to ensure accuracy. This often takes many weeks to months, and greatly limit both the throughput and accuracy. We got tired of the bottleneck."

"Self-driving cars work because they can see and keep track of many different objects around them in real time," said M. Gregory Forest, a professor of mathematics and applied physical sciences at UNC. "We wondered if we could create a version of that kind of artificial intelligence that could track thousands of nanoscale particles at one time and do it automatically."

Forest and his colleagues built a neural network to identify and track particles. Neural networks mimic the learning process of the human brain. The algorithms get better at their assigned task by processing vast amounts of useful information.

Researchers at UNC fed their neural network with high-quality data from a variety of laboratory experiments. The data helped the algorithm learn to adjust its parameters for different videos, improving the software's ability to automatically identify and track particles.

"Tracking the movement of nanometer-scale particles is critical for understanding how pathogens breach mucosal barriers and for the design of new drug therapies," said the study's lead author, Jay Newby, an assistant professor at the University of Albert. "Our advancement provides, first and foremost, substantially improved automation. Additionally, our method greatly improves accuracy compared with current methods and reproducibility across users and laboratories."

Researchers detailed their new neural network this week in the journal Proceedings of the National Academy of Science.