TEHRAN, September 06 - French President Emmanuel Macron's popularity has hit a record low following the resignation of a popular minister and a summer scandal over his bodyguard, a poll showed on Thursday. 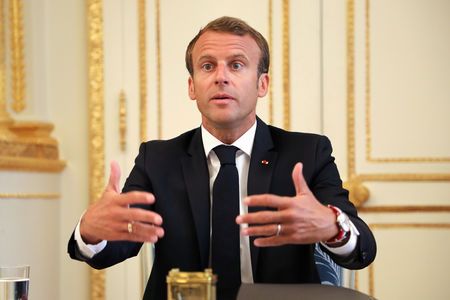 TEHRAN, Young Journalists Club (YJC) - Only 23 percent of those surveyed reported a favorable opinion of Macron in September, down from 27 percent last month, the YouGov poll for Le Huff Post and CNEWS found.

Macron's popularity is low in most polls but the YouGov survey pegged it worse than others and indicated poor ratings across the political spectrum.

The former investment banker has sold his pro-business reform drive on promises that it will boost growth and jobs, but many voters ranging from conservative pensioners to low-income workers complain his policies mostly benefit companies and the rich.

He was dealt a blow last week with the surprise resignation of his environment minister, a popular former activist and TV presenter, during a live radio interview.

In July his leadership was put to the test when a scandal broke out as video emerged showing his top bodyguard beating May Day protestErs.

Meanwhile, soft economic data has raised questions about whether he has the right recipe for growth while hesitation over a tax collection reform has painted him as unusually indecisive.

His government has repeatedly shrugged off poor poll ratings, insisting it will not waver on the reform agenda as politically sensitive overhauls of unemployment insurance and pensions loom in the months ahead.