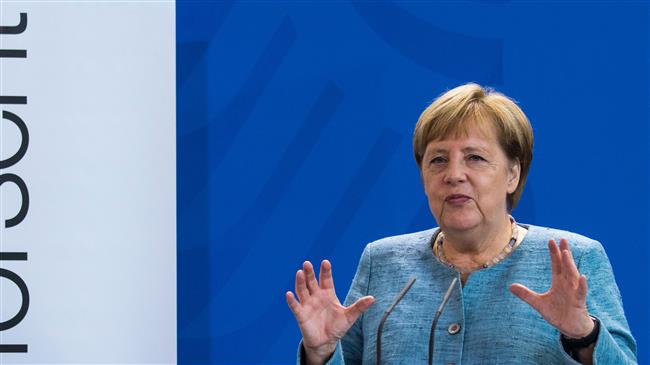 TEHRAN, Young Journalists Club (YJC) -“The AfD is stirring up the mood and this has to be said clearly. I view some of their remarks very critically,” said the German leader in an interview with the RTL broadcaster on Thursday.

Following the fatal stabbing on August 26 of a 35-year-old German man by a Syrian and an Iraqi suspects, thousands of angry members of far-right groups marched in the eastern city of Chemnitz in Saxony tate for several straight days. Some infuriated demonstrators chased down people they believed were refugees.

Along with anti-refugee rallies, a number of pro-refugee rallies were also held in the violence-hit city, leading to sporadic clashes between the opposing crowds.

The protest rallies in Chemnitz have in turn sparked off a debate about whether politicians are being too complacent in the face of growing xenophobia in Germany, where many had thought the lessons of Germany’s Nazi history had been learned.

Some in the European country, the ideal destination for most of refugees from the Middle East and Africa, blame Merkel’s liberal policy toward refugees for the rise of the AfD, which entered parliament for the first time in an election last year as the third-largest party.

In the wake of violence in Chemnitz, German politicians called on intelligence agencies to start monitoring the AfD, some of whose members marched with supporters of the anti-Islam PEGIDA group in the city last weekend to protest the stabbing attack.

The AfD, the PEGIDA and the far-right group Pro Chemnitz have already called on their followers to condemn what they view as a rise in crime committed by refugees.

“We first want to deal with the AfD politically,” Merkel further said, stressing that only intelligence chiefs can decide whether to monitor the far-right party.

She also defended her ‘open-door’ refugee policy, saying, “Migration presents us with challenges and here we have problems but also successes.”

The eastern state of Saxony has long been a hotbed of anti-refugee sentiment.