TEHRAN, September 07 - Paraguayan President Mario Abdo Benitez on Thursday urged Israel to reconsider the closing of its embassy in Asuncion, calling it an "exaggerated" response to the South American country's decision to move its embassy back to Tel Aviv. 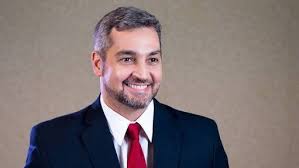 TEHRAN, Young Journalists Club (YJC) - The diplomatic dispute began in May when outgoing President Horacio Cartes authorized moving the Paraguayan Embassy in Israel from Tel Aviv to Jerusalem, as the United States and Guatemala had already done. The move pleased Israel and Washington but infuriated the Palestinians and their supporters.

Abdo Benitez, who won Paraguay's election in April but had yet to take office when Cartes announced the move in one of his final acts as president, had said he would review the decision. On Wednesday, he said he would reverse it and move the embassy back to Tel Aviv, a decision applauded by Palestinian leaders.

"I regret Israel's decision. The reaction of closing the embassy was a little exaggerated and we urge authorities to reconsider it," Abdo Benitez said at a news conference in Itapua, 273 miles (440 kilometers) south of Asuncion.

He said Paraguay would "stick to international law and the United Nations' resolution that still considers it a territory in conflict" between Israel and the Palestinians.

U.S. Vice President Mike Pence spoke with Abdo Benitez on Wednesday and "strongly encouraged" the Paraguayan leader to follow through with its previous commitment to move the embassy to Jerusalem, according to a White House statement.

Share to
Related News
US military to send 1,500 more soldiers to Germany by late 2020
I know who the ‘senior official’ is who wrote the NY Times Op-Ed: Paul Craig Roberts
Tags
Paraguay ، israel ، embassy
Your Comment