TEHRAN, September 10 -British Prime Minister Theresa May’s Conservative Party faces a “catastrophic split” if she persists with her proposals on Brexit, which 80 or more of her lawmakers are prepared to vote against, a former junior minister said. 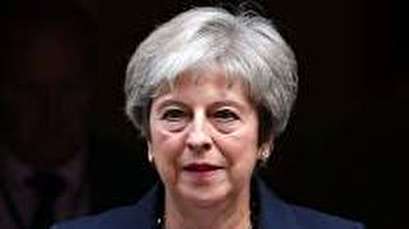 TEHRAN, Young Journalists Club (YJC) - British Prime Minister Theresa May’s Conservative Party faces a “catastrophic split” if she persists with her proposals on Brexit, which 80 or more of her lawmakers are prepared to vote against, a former junior minister said.

Such public criticism, a day after former foreign minister Boris Johnson described her Brexit plans as “a suicide vest” wrapped around the British constitution, indicates how hard it could be for May to get any Brexit deal approved.

Steve Baker, a former junior Brexit minister who resigned over May’s so-called Chequers proposals on Brexit, told the Press Association that May faced a massive problem at the Sept. 30-Oct. 3 party conference.

If 80 of May’s 315 lawmakers voted against a Brexit deal based on her proposals, the fate of the government and exit process would depend on the opposition Labour Party, because she would not command the 320 votes needed to dominate parliament.

“If we come out of conference with her hoping to get Chequers through on the back of Labour votes, I think the EU negotiators would probably understand that if that were done, the Tory party would suffer the catastrophic split which thus far we have managed to avoid,” Baker was quoted as saying.

Other Conservatives have given much more modest estimates of the number of lawmakers who oppose her plans. While some Brexiteers are unhappy with her premiership, they see May as their best immediate hope of ensuring the UK leaves the EU.

The United Kingdom is due to leave the European Union on March 29, yet little is clear. There is, so far, no full exit deal and it is uncertain whether May can push an agreement through the British parliament.

May spokesman said she hopes parliament will support her Brexit plan, which is “the only plan on the table which will deliver on the will of the British people while avoiding a hard border in Northern Ireland”.