TEHRAN, September 11 - A man was charged with murdering his three daughters, his wife and her mother in Australia, police said. 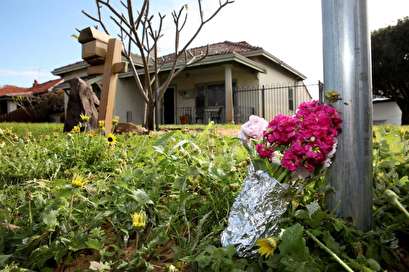 TEHRAN, Young Journalists Club (YJC) -A man was charged with murdering his three daughters, his wife and her mother in Australia, police said.

The five bodies were found in the home on Sunday after Anthony Harvey turned himself in to police.

Dawson said police believed he stayed in the home in Bedford for days after the murders.

Anthony Harvey wasn't required to enter a plea Monday and was remanded in custody to reappear in court on September 19.

Mara Lee Harvey's sister Taryn Quinn issued an official statement, saying there were "no words to explain the emptiness and loss that we are feeling" following the death of her nieces, her sibling and their mother.

"Beverley was a kind-hearted, caring mother and grandmother and was always there for her family. She was very much family orientated and she loved her daughters and grandchildren, and would have done anything for them," she wrote. "This world is a sadder place with the loss of these five beautiful people but Heaven has gained five new angels."

"Our heart goes out to the family and friends of all involved and also to the first responders who had to witness that horrible situation," Cook said.