Thousands of students march in Mexico to protest violence 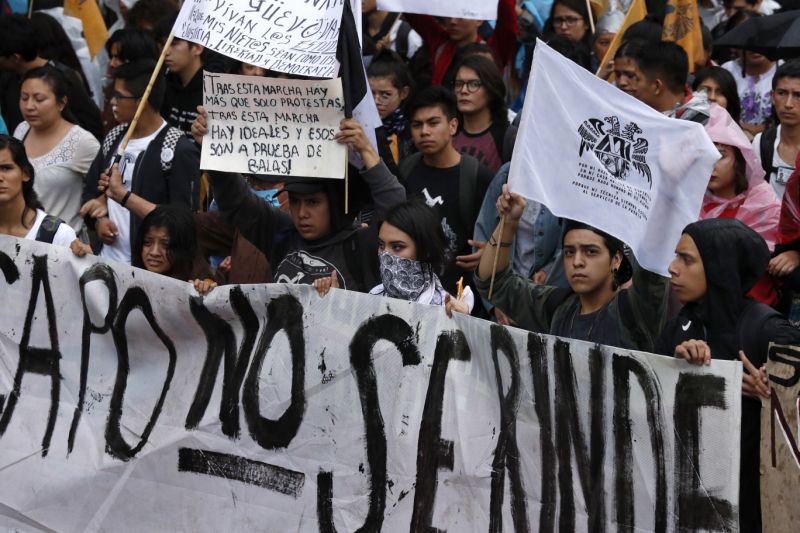 TEHRAN, Young Journalists Club (YJC) - They carried placards with slogans like "Being a student in Mexico is more dangerous than being a criminal."

That was a reference to an attack by thugs on students at the National Autonomous University earlier this month. It also referred to the September 2014 kidnapping and disappearance of 43 students. Nobody has been convicted for those crimes.

"The main problem is the lack of safety, especially for female students," said Diego Gonzalez, a 24-year-old majoring in history.

The march came on the 50th anniversary of the 1968 student protest known as the "March of Silence," when demonstrators marched quietly to contradict accusations that they were unruly. Weeks later, on Oct. 2, 1968, troops fired on protesters at Tlatelolco Plaza, killing as many as 300.

Many in Thursday's march covered their mouths with tape to commemorate the 1968 march.

In March, drug cartel assassins killed three film students who they apparently mistook for members of a rival gang and dissolved their bodies in acid.