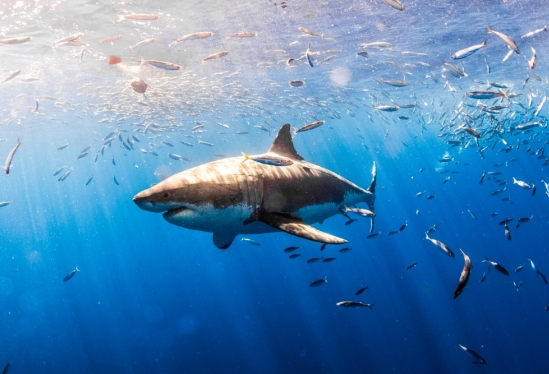 TEHRAN, Young Journalists Club (YJC) - Increasingly, researchers are turning to genetic markers to identify the presence of species in the environment, but until now, scientists struggled to isolate an eDNA signature for white sharks.

Through a series of trial and error, scientists were able to develop a new protocol for identifying white shark eDNA in marine samples.

Surveys suggest white sharks have made a dramatic rebound in both the Atlantic and Pacific. Improved eDNA tracking technologies will help scientists show growing white shark populations and moving and interacting with the environment.

"One of the goals of this research is for a lifeguard to be able to walk down to the shore, scoop up some water, shake it and see if white sharks are around," said Lafferty.

Lafferty and his colleagues described their breakthrough this week in the journal Frontiers in Marine Science.