TEHRAN, September 15 - Super Typhoon Mangkhut -- the biggest storm of the year -- smashed through the Philippines on Saturday, claiming its first victims as two women were killed when a rain-drench hillside collapsed on them and another drowned in Taiwan. 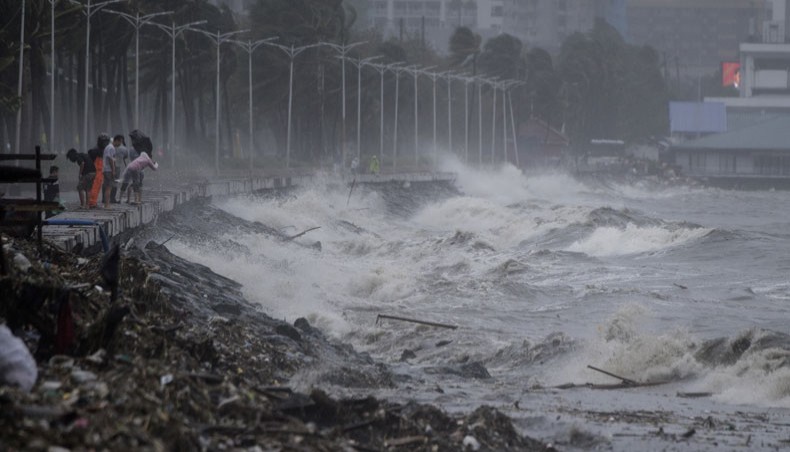 TEHRAN, Young Journalists Club (YJC) - The massive storm cut a swathe of destruction when it struck the northern tip of Luzon island, threatening the lives and homes of roughly four million people.

"As we go forward, this number will go higher," Ricardo Jalad, head of the national civil defence office, told reporters, referring to the death toll.

As the powerful storm left the Southeast Asian archipelago and barrelled towards densely populated Hong Kong and southern China, search teams in the Philippines began surveying the provinces that suffered a direct hit.

"We believe there has been a lot of damage," said Social Welfare Secretary Virginia Orogo as thousands of evacuees took refuge in emergency shelters.

Mangkhut was packing sustained winds of 170 kilometres (105 miles) per hour and gusts of up to 260 km per hour as it left the Philippines.

An average of 20 typhoons and storms lash the Philippines each year, killing hundreds of people and leaving millions in near-perpetual poverty.

Thousands of people fled their homes in high-risk areas ahead of the storm's arrival because of major flooding and landslide risks.