TEHRAN, September 17 - Many children are picky eaters, making every meal a challenge. But for some, the problem goes deeper than not liking vegetables or whole-wheat bread. 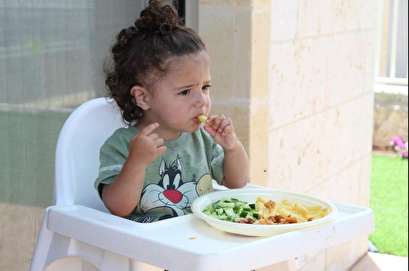 TEHRAN, Young Journalists Club (YJC) -Many children are picky eaters, making every meal a challenge. But for some, the problem goes deeper than not liking vegetables or whole-wheat bread.

According to a study in the journal Pediatrics, more than one in five kids between the ages of 2 and 6 are considered "selective eaters." Most of them are moderately picky, but about 3 percent restrict their food intake so much that it turns the dinner table into a war zone.

Of even greater consequence, over the course of the study, the researchers found that children with selective eating behaviors were nearly twice as likely to have symptoms of social anxiety, generalized anxiety and even depression than kids without issues surrounding food.

There's even a term for the condition -- avoidant restrictive food intake disorder, or ARFID.

In some cases, limited eating will affect a child's growth and overall health, as well as his or her relationship with Mom and Dad, with both sides feeling the stress.

It helps for parents to understand that a child's extreme reluctance to eat is likely not just stubbornness. Some kids have heightened sensory responses and may be disgusted by the smell or taste of some foods. Others may have developed a negative association with one food, leading to anxiety about trying any other new foods.

If every meal is a tug of war, talk to your pediatrician. Because it's not clear which kids will outgrow being picky eaters and which won't, your child may benefit from specialized counseling. It will be important for the therapist to find out what's causing the problem and for your child to feel comfortable with the therapist and understand that the goal is to help the situation.