TEHRAN, September 19 - Amnesty International on Wednesday accused Egypt’s government of mounting a crackdown on freedom of expression that had turned the country into an “open-air prison” for critics. 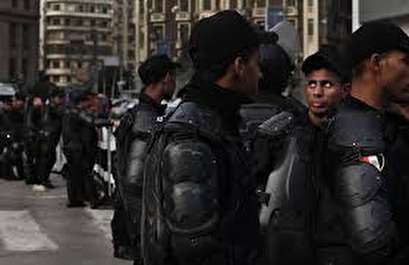 TEHRAN, Young Journalists Club (YJC) _Amnesty International on Wednesday accused Egypt’s government of mounting a crackdown on freedom of expression that had turned the country into an “open-air prison” for critics.

The international human rights group said authorities had arrested at least 111 people since December for criticizing President Abdel Fattah al-Sisi and Egypt’s human rights situation in a campaign that surpassed any under ousted President Hosni Mubarak.

“It is currently more dangerous to criticize the government in Egypt than at any time in the country’s recent history,” Amnesty’s North Africa Campaigns Director, Najia Bounaim, said in a statement.

“Egyptians living under President al-Sisi are treated as criminals simply for peacefully expressing their opinions.”

A government spokesman had no immediate comment on the Amnesty report when contacted by Reuters.

The security services had ruthlessly clamped down on independent political, social and cultural spaces, Amnesty said.

“These measures, more extreme than anything seen in former President Hosni Mubarak’s repressive 30-year rule, have turned Egypt into an open-air prison for critics,” it said.

Sisi’s supporters maintain the president, who was reelected in March, has been trying to combat an Islamist insurgency and restore order to the country following years of chaos after Arab Spring demonstrations forced Mubarak to step down in 2011.

They say that Sisi has improved security since 2013, when as army chief he ousted Islamist President Mohamed Mursi following mass protests against his rule.

Among those arrested were at least 35 people held on charges of “unauthorized protest” and “joining a terrorist group” after a peaceful protest against metro fare increases, and comics and satirists who posted commentary online, Amnesty said.