US plays blame game to evade consequences of actions: Iran

TEHRAN, September 21 -Iran has dismissed the recent claims made by US State Department spokeswoman Heather Nauert about the Islamic Republic being responsible for any attack on the diplomatic sites of the United States in Iraq, saying such accusations are aimed at waging psychological warfare. 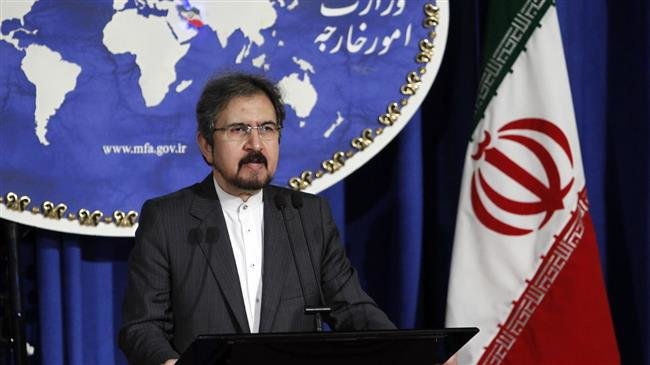 TEHRAN, Young Journalists Club (YJC) -"American officials are rehashing groundless and unfounded remarks, leveling accusations and waging psychological warfare concerning its [US] diplomatic sites in Iraq [and] currently engaging in such ridiculous and suspicious propaganda [efforts] and projectionism in order to escape the consequences of their own despicable and clumsy measures," Iranian Foreign Ministry Spokesman Bahram Qassemi said on Friday.

It seems that American officials cannot quit making regular and baseless accusations against Iran, he added.

Speaking at a press briefing on Thursday, Nauert accused Iran of playing a "destabilizing" role in the region and claimed that Washington holds Tehran responsible for attacks on US facilities.

"They [Iran] continue to try to attack other governments and individuals through their proxy militias. We will hold them responsible for any loss of American life. I just want to be clear about that," the US spokeswoman claimed.

Qassemi rejected allegations by his American counterpart and said all evidence relating to a recent attack on Iran's consulate in the port city of Basra in southern Iraq showed a complex plot to destroy Tehran-Baghdad relations.

"Under such circumstances, we are witnessing that American officials are making accusations against the Islamic Republic of Iran," he added.

The Iranian spokesperson emphasized that the Iraqi nation and all political groups in the country are aware of the Islamic Republic's "constructive" role in the fight against terrorism and violence led by extra-regional powers and certain agents in the region and would never accept such baseless propaganda.

On September 12, Qassemi also rejected as “provocative and irresponsible” US accusations regarding the unrest in Basra, saying Washington cannot cover up its involvement in fomenting tension in Iraq by blaming others.

“The US administration's policies to create tension, its meddlesome measures and aggressive interference are the main reason behind instability, insecurity, tension and division in the region,” the Iranian Foreign Ministry spokesman said.

He made the remarks in response to a statement by the White House press secretary that blamed Iran for the recent wave of violence in Basra. It also accused Iran of not preventing attacks in recent days on the US consulate in Basra and the American embassy compound in Baghdad.

Protests broke out in Basra early this month over alleged corruption and government neglect and later turned into deadly violence in the oil-rich city.

In the course of the protests, the Iranian consulate in Basra was stormed, with attackers setting the building ablaze in their brutal raid, causing serious financial damage.

Three mortar shells also struck the ultra-secure green zone in Baghdad, which houses Iraqi authorities and the US embassy. Unknown assailants also hit the perimeter of the airport in Basra, although no damage or casualties were reported. The US consulate is adjacent to the airport.