TEHRAN, September 24 - A group of US foreign policy figures, including former secretary of state Madeleine Albright, have described President Donald Trump's policies toward Iran as not only ineffectual but also potentially contributory to "a more dangerous, destructive and enduring regional conflict with Iran." 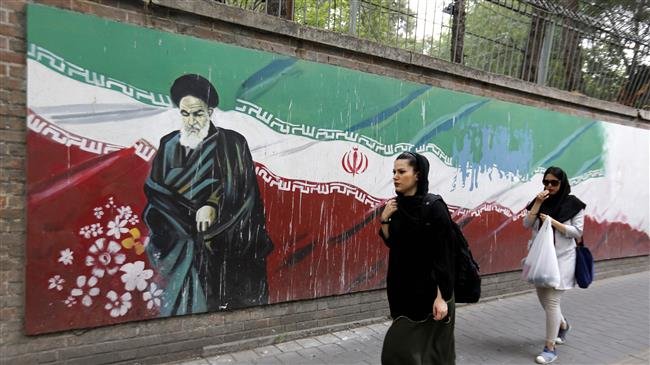 TEHRAN, Young Journalists Club (YJC) - In a statement first shared with Politico and visibly softly-worded to avoid a quick rejection by Trump, 53 former foreign policy bigwigs said that while they supported "some of the [Trump] Administration’s" anti-Iran policies, they believed those policies would either fail to bring results or spark a war with Iran.

"We support some of the Administration’s objectives but believe they can only be achieved through a strategy that is both multilateral—engaging close allies and other powers—and which combines pressure and diplomacy," they said.

"The Administration’s emphasis on coercion and threats of military action without diplomatic engagement provides no exit ramp to avoid collision," they noted.

The senior figures specifically took issue with the Trump White House's unilateral withdrawal from a multilateral nuclear deal with Iran, known as the Joint Comprehensive Plan of Action, or the JCPOA.

"The US withdrawal from the nuclear agreement (the JCPOA) does not advance the achievement of any of the US’s objectives," they wrote in their statement.

The Trump administration pulled out of the Iran deal on May 8. It had already stopped performing many of its contractual obligations almost since 2017.

The signatories said the White House's "mounting threats" against Iran would only "serve to unite Iran’s political factions against external threat."

"Threats also encourage common cause among the Europeans, Russia and China in opposition to the US."

Most notably, they pointed to a policy of regime change — which the Trump White House is widely believed to be pursuing against Iran while refusing to openly admit it — and said that policy reflected "wishful thinking."

"The Administration’s suggested policy of regime change in Iran reflects wishful thinking and a flawed interpretation of intelligence about Iran’s vulnerability," the statement read. "The 2003 US invasion of Iraq remains a striking reminder of our inability to estimate accurately the long-term impact of US actions."

But in advocating pressure and diplomatic engagement, the 53 figures effectively repeated support for a policy tried by former president Barack Obama, who negotiated the nuclear deal with Iran.

Before that deal was struck in 2015, Iran had already been negotiating with world powers for some 12 years. Tehran had consistently stressed that while it was open to dialog, it would not unilaterally concede anything under pressure.

In the deal that was ultimately agreed to by the original six world powers, Iran secured the termination of all international and unilateral sanctions related to its nuclear program, including restrictions on its oil sales.

'Secondary sanctions will lead to weakening of dollar'

The Trump administration has now re-imposed those sanctions, as well as newer ones, and has also reintroduced penalties on third countries that continue to do business with Iran.

Those penalties, known as "secondary sanctions," have irritated European countries, as well as Russia and China, which remain collectively committed to the deal post-American withdrawal.

In their statement, the foreign policy figures criticized those sanctions as detrimental to America, as well.

"US secondary (extra-territorial) sanctions... bring the US into confrontation with allies and partners, thereby weakening their support for other US objectives. They also spur blocking laws to shelter firms against US action, put the US into potential violation of its trade agreements and contribute to the weakening of the US dollar," they wrote.

The European Union (EU) has activated a “blocking statute” to protect European businesses from the secondary US sanctions.

While Europe has been taking a range of measures to sustain the Iran deal, including with the activation of the "blocking statute," there may be signs that the bloc may falter on providing practical guarantees that Iran will continue to reap economic benefits from the deal — guarantees that Iran has demanded in order for it to continue to fully implement the JCPOA.

Iran has already ruled out negotiations with the Trump administration over its unlawful exit from the deal — turned into effective international law via United Nations Resolution 2231 back in 2015 — and has been working with the other parties to determine whether they will be able to fully implement their obligations.

Apart from Albright, the other signatories to the statement included US ambassador to Thailand and Turkey (ret.) Morton Abramowitz; ambassador to Israel (ret.) Daniel Kurtzer; former deputy assistant secretary of state for Iran John Limbert; former negotiator with Iran Richard Nephew; political scientist and former assistant secretary of defense Joseph Nye; as well as former director for Iran and the Persian Gulf of the National Security Council Gary Sick.