China condemns US for 'provocative' actions in South China Sea

TEHRAN, October 02 - Beijing has expressed anger over a US Navy destroyer sailing within 12 nautical miles of the Spratly Islands in the South China Sea, while Washington has claimed the ship was acting under a freedom of navigation operation. 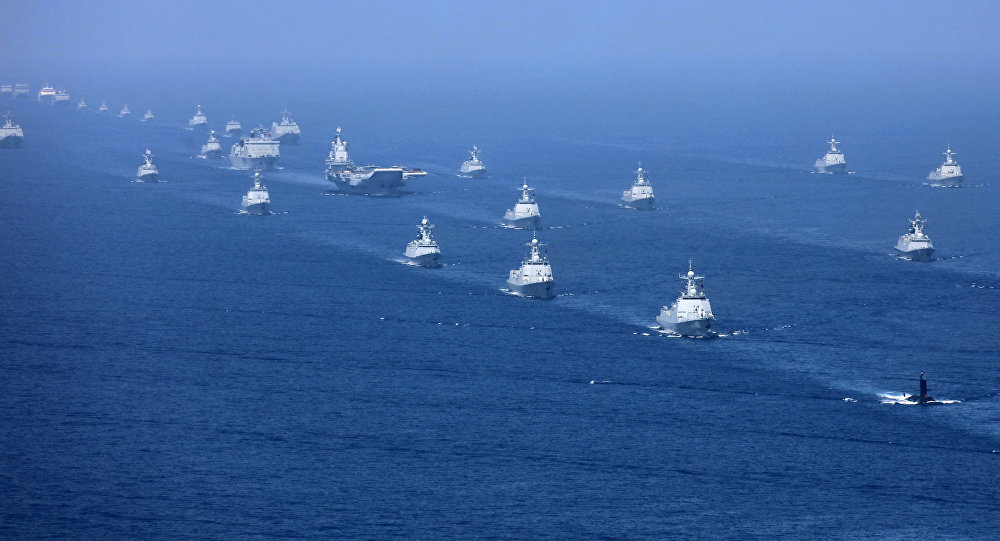 TEHRAN, Young Journalists Club (YJC) - The Foreign Ministry in Beijing said in a statement that it strongly urged the United States to stop such “provocative” actions, noting that the operation carried out by the US warship was a “threat to its sovereignty.”

The encounter between the USS Decatur and China's naval forces happened after the American destroyer was reported sailing in the disputed territory of the Spratly Islands.

The warship is said to be acting under the “freedom of navigation” program that urges China to allow other nations’ warships to pass through the territorial waters of the South China Sea. When the US destroyer approached one of the Gaven Reefs near the disputed islands, China dispatched a Luyang-class destroyer to escort the American warship away.

Commander Nate Christensen, US Pacific Fleet deputy spokesman, released a statement saying that US Navy ships operate throughout the South China Sea routinely and, “for decades” the US forces would “continue to fly, sail and operate anywhere international law allows.”

Earlier last week China’s Defense Ministry slammed the US over the flyover of B-52 long-range strategic bombers over the South China Sea, calling it a “provocation.” The aforementioned US bomber also participated in a US-Japan joint military exercise in the East China Sea, where China and Japan have a dispute over the uninhabited Senkaku/Diaoyu Islands.

Also last week China refused to port the USS Wasp in Hong Kong as another sign of the growing tensions between Washington and Beijing. The US Secretary of Defense James Mattis reportedly pulled out of his planned visit to Beijing in October where he was slated to discuss security issues with senior Chinese officials.

The tensions between the US and China come amid an ongoing tariff war between two world’s largest economies. Right after 10% sanctions came into force on September 24, on $260 billion worth of goods, Washington imposed sanctions on the Chinese military for buying Russian fighter jets and missiles. Beijing, in turn, has cautioned Washington that it should reconsider or prepare to face the “consequences.”