US Navy officers accused of committing sex crimes against child

TEHRAN, October 02 - Four US Navy officers serving at a Washington state submarine base are accused of committing sex crimes against a child. 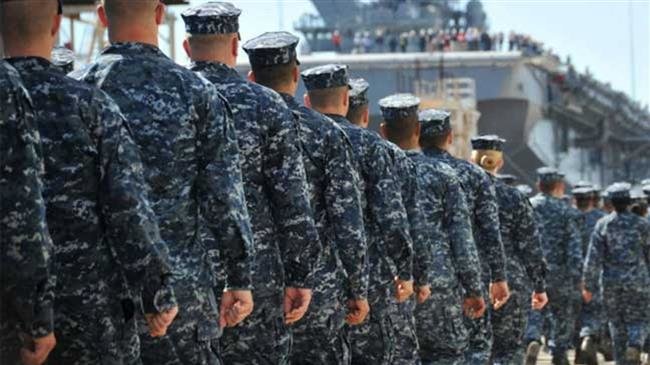 TEHRAN, Young Journalists Club (YJC) - The servicemen, all 3rd class petty officers, are accused of taking an underage girl into the barracks of Naval Base Kitsap-Bangor in the Washington state and subjecting her to sexual acts in September last year.

Investigators stated that all the officers had group sex at a smoking pit with the alleged victim, who was only described in court documents younger than 16 but older than 12.

The officers then moved the girl to a barracks room and committed more lewd acts on her “with the door open, and with open recording of the group sex using photography and video equipment,” the court papers read, according to the website Military Times.

The Naval Criminal Investigative Service (NCIS) launched an investigation into the charges after base authorities received an anonymous tip days after the incident, said Commander Michael Smith, a spokesman for Submarine Group 9.

NCIS spokesman Ed Buice said investigators were trying to find out how the girl was brought onto the base.

Court papers mentioned that one of the sailors, assigned to the ballistic missile submarine Nebraska, was charged with failure to report the offense, committing a sexual act upon a child and allowing a non-family member to stay in his room overnight.

Another sailor, assigned to the submarine Henry M. Jackson, was charged with producing child pornography.

The fourth defendant was assigned to the Nebraska submarine.

Initial hearings designed to analyze the evidence and determine whether the four sailors should be court-martialed were held last week.

Smith said it usually takes 10 days before the hearing officer makes a recommendation on charges.

“The accused are presumed innocent until proven guilty,” he said, adding no one else had been charged or was expected to be charged in the case.