TEHRAN, October 02 - Iran has hit out at Saudi Arabia for its false terror support accusations against Tehran, saying it is no secret to the world that the Riyadh regime, itself, backs terror groups worldwide as ex-US secretary of state, Hillary Clinton, once said in a leaked memo. 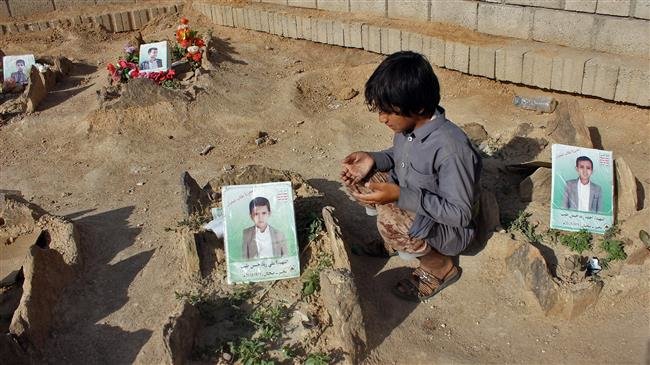 TEHRAN, Young Journalists Club (YJC) - Abbas Golroo, Iran’s representative to the United Nations General Assembly, delivered a speech to the UN General Assembly in condemnation of Saudi Foreign Minister Adel al-Jubeir’s, who recently took the podium at the same Assembly to level a fresh set of allegations against the Islamic Republic.

Jubeir had spoken of what he called Iran’s “terrorist activities and aggressive behavior” and claimed that achieving peace in the Middle East required “deterring Iran’s expansionist and destructive policies.”

Golroo dismissed the Saudi minister’s claims as “strange and outlandish.”

“Everyone knows that the one responsible for terrorist attacks in the Middle East, North Africa and Europe is the kingdom of Saudi Arabia. We are all aware that they are the main supporters of Daesh and al-Qaeda,” he stated.

The senior Iranian diplomat further reminded the Saudi regime of WikiLeaks’ release in 2009 of a memo that Clinton had compiled, saying the then American secretary of state “is said to have stated that Saudi Arabia is the greatest donor to terrorist groups around the world.”

Additionally, he cited the Justice Against Sponsors of Terrorism Act (JASTA), a law that allows US citizens to sue the Saudis in American courts for its involvement in the September 11, 2001 terrorist attacks.

Golroo pointed to Iran’s assistance to regional nations in their fight against terror groups, saying the Islamic Republic’s counter-terrorism efforts are well known to the world.

The official further highlighted Riyadh’s backing for Washington’s pressure campaign against Iran, saying such hostile policies are “nothing new.” The kingdom, he said, moves to destabilize the region by pumping petrodollars and propping up the terrorists whenever it sees its interests at stake.

History, Golroo added, remembers Saudi Arabia’s hostility towards regional nations and governments, including its support for former Iraqi dictator Saddam Hussein’s carnage of Iranian people during the eight-year war on Iran in 1980s.

The Iranian diplomat also referred to the crimes the Saudi regime – along with a coalition of its allies – has been perpetrating against the Yemeni nation, showing the Assembly photos of the Yemeni children, who were killed in one of the Saudi military’s air raids that hit a school bus back in September.

“Everyone knows very well. It is an open secret that the Yemen nation, this noble and oppressed nation, is suffering as a result of the direct machinations and maneuvers of Saudi Arabia,” he added.

“The minister of foreign affairs of Saudi Arabia is accusing my country of destabilizing the region as if the kingdom of Saudi Arabia was a strong proponent of stability. May I ask whether the destruction of Yemen, the murder of women and children of Yemeni civilians is lending something to stability?” he asked.

Golroo also rejected Saudi claims that Yemen’s popular Houthi Ansarullah movement is defending the country with Iran-made ballistic missile, saying it would have been impossible to deliver such hardware to Yemeni forces due to Saudi Arabia’s all-out blockade of the Arabian Peninsula state.

He also slammed European arms sales to Saudi Arabia, saying those weapons fall in the hands of the terrorists wreaking havoc in the region.