TEHRAN, October 02 - Iran’s lawmakers on Tuesday held a closed session to discuss various dimensions of a recent terrorist attack on a military parade in the southwestern city of Ahvaz, which killed 25 people, including a four-year-old child. 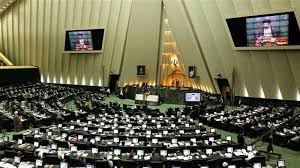 During the military parade in Ahvaz, which was staged concurrently with nationwide military parades on September 22 to mark the Sacred Defense Week, Takfiri militants wearing disguise opened fire at the people participating in the ceremony.

The attack was simultaneously claimed by the Saudi Arabia-linked al-Ahwaziya terrorist group, and the Daesh Takfiri terror outfit, which is suspected of receiving Saudi patronage.

Three of the four assailants involved in the attack were killed by Iranian security forces, and a fourth one was arrested but later died of the wounds he had sustained during a security chase.

Following the terrorist act, Leader of the Islamic Revolution Ayatollah Seyed Ali Khamenei said the attack in Ahvaz was the continuation of plots hatched by US stooges in the region to create insecurity in the country, adding that Iran’s intelligence services must swiftly find the accomplices of the "criminals” behind the attack and put them on trial.

The Leader said the "tragic and sorrowful" incident in Ahvaz and the killing of people by mercenary terrorists once again exposed the cruelty of the enemies of the Iranian nation.