TEHRAN, October 02 -A senior official says Iran’s negotiations with the EU to reach an agreement to sell Iranian oil to Europe are advancing ahead of a US date to impose sanctions on the Islamic Republic’s energy sector. 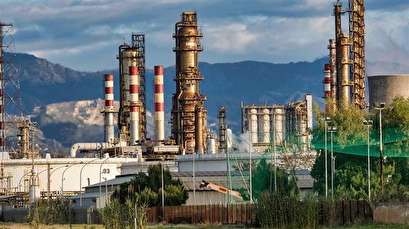 TEHRAN, Young Journalists Club (YJC) -A senior official says Iran’s negotiations with the EU to reach an agreement to sell Iranian oil to Europe are advancing ahead of a US date to impose sanctions on the Islamic Republic’s energy sector.

The official did not elaborate, saying “no more details can be provided at the moment”, the agency added.

Iran and Europe are trying to work out a payment mechanism for Iran’s oil, using barter and local currencies instead of dollars in order to bypass US sanctions which go into effect on November 4.

US President Donald Trump has pledged to bring Iran’s oil exports down to zero, putting himself on a collision course with traditional allies in Europe and the rest of the world which want to maintain trade and other connections with Tehran.

Trump’s threats have pushed oil prices to four-year highs. On Tuesday, international benchmark Brent crude oil futures were at $85.02 per barrel, up 4 cents from their last close, Reuters reported.

Iran supplied almost 3 percent of the world's almost 100 million barrels of daily consumption at its most recent peak this year, according to the news agency.

The prospect of tighter supply once the US sanctions against Iran kick in next month has made markets jittery. HSBC said its oil analysts believe the risk of crude touching $100 per barrel is growing amid the threat of Iran embargo.

Head of the National Iranian Oil Company (NIOC), however, said on Monday that Iran’s oil production continues with full force and the country has no plans to cut its production despite the looming US sanctions.

Kardor also said Iran is experiencing no issues with receiving income from its oil sales and that the country’s oil income has increased 40 percent in the past year.

It marked the fourth consecutive month of increase, according to Japan’s Ministry of Economy, Trade and Industry (METI), lifting the country’s imports of Iranian crude oil to 177,475 barrels per day.

Russia's Deputy Energy Minister Pavel Sorokin said on Monday his country is unable to increase crude supplies to Asian markets if they face any shortage from the loss of Iranian imports.

Russia has nearly tripled crude exports to Asian markets to over 1 million barrels per day over the last eight years after the East Siberia-Pacific Ocean (ESPO) pipeline came into operation in 2010.

"We have been supplying as much as we can to Asia, as this is a premium market. We've always maximized and will maximize volumes flowing there. This why our ESPO and Novorossiisk are used at full capacity,” Platts quoted Sorokin as saying.

As the biggest buyer of Iranian oil, China has pledged to continue its shipments but Japan and South Korea and to a lesser degree India have indicated their intention to cut imports from Iran.

On Sunday, Iranian companies signed a contract to build the country’s second oil exports terminal in the southeastern port of Jask.

The facility, being built with an initial investment of 200 million euros on a build-operate-transfer (BOT) basis, will have a capacity to store 10 million barrels of crude, the Iranian Ministry of Petroleum’s Shana news website said.

The project will be completed in three years in time to take in oil from West Karoun, shared fields and central fields which are currently being developed, Kardor said.

He said Iran will sign an upstream deal with a Russian consortium under its new contract model.

Jask in Hormozgan province on the Sea of Oman is being developed with a string of oil, gas, refining and petrochemical projects to reduce Iran’s reliance on the Strait of Hormuz in the Persian Gulf for energy exports.

Iran has told the Europeans that for Tehran to stay in a 2015 international nuclear deal which Trump left in May, the Islamic Republic must be able to sell its oil and get the proceeds.

The EU is working with Russia and China on a new payment mechanism to allow countries to transact with Iran while avoiding US sanctions.

The SVP will intend to serve as a "clearing house" for transactions with Iran in euros, in order to avoid involving central and commercial banks, who fear US penalties on their operations.

On Monday, Bloomberg said British lender Standard Chartered was bracing for a potential US penalty of around $1.5 billion for allegedly violating Iran sanctions.