TEHRAN, October 02 -The foreign ministers of Southeast Asian nations have called on Myanmar to probe state-sponsored atrocities against Rohingya Muslims. 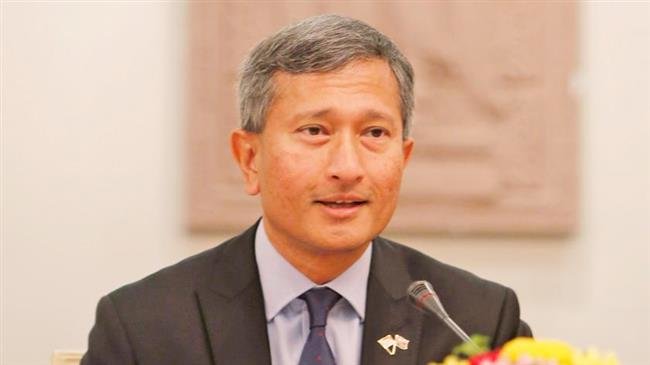 TEHRAN, Young Journalists Club (YJC) - The development was unveiled Tuesday by Singapore’s Foreign Minister Vivian Balakrishnan in an address before his country’s parliament, where he described the violence against Myanmar’s minority Muslim population as a “man-made humanitarian disaster” and said the ministers of the 10-member Association of Southeast Asian Nations (ASEAN) met informally on the sidelines of the UN General Assembly last week.

“We expressed our grave concern with these alleged acts of violence... This is a man-made humanitarian disaster and something which should not be happening in this day and age,” said Balakrishnan about the meeting of the ASEAN, which also includes Myanmar.

“The foreign ministers urged the Myanmar government that... an independent commission of inquiry... should be given a full mandate to investigate and to hold all those responsible fully accountable,” he added.

According to Singapore’s top diplomat, the ministers expressed grave concern over the widely-reported atrocities in Myanmar’s western Rakhine State.

Thousands of Rohingya Muslims were killed, injured, arbitrarily arrested, or raped by Myanmarese soldiers and Buddhist mobs mainly between November 2016 and August 2017, when many of the surviving members of the community started fleeing to Bangladesh en masse.

In an August report, UN investigators accused Myanmar’s military of gang rapes and mass killings with “genocidal intent” and demanded the prosecution of the country’s commander-in-chief and five other generals under international law.

“They (Myanmarese officials) do need to do the right thing... for all the vulnerable, defenseless, and innocent victims,” Balakrishnan said.

“It is also a salutary warning to all of us in Southeast Asia — race, language and religion are live issues and can always be exploited for short-term political gains but unfair share of the burden and of the injuries are sustained by defenseless people.”

ASEAN, established more than half a century ago, has historically struggled with troubles facing the region since it operates only by consensus and remains reluctant to get involved in issues deemed to be internal to any of its member states.