TEHRAN, October 03 -Professor George Smith, one of the three recipients of this year's Nobel Prize for chemistry, is a staunch critic of Israel and Zionism, a fact that has pro-Israeli media fuming. 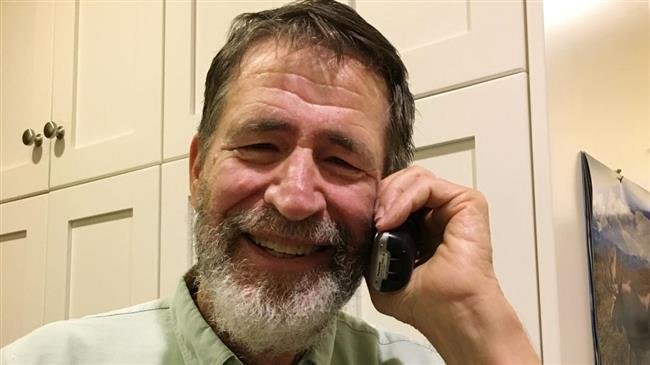 TEHRAN, Young Journalists Club (YJC) - Smith, a retired biology professor at the University of Missouri, was awarded the prestigious honor along with Frances Arnold of the California Institute of Technology and Gregory Winter of the MRC molecular biology lab in Cambridge on Wednesday for producing enzymes and antibodies that have helped develop biofuels and new medicines.

What sets Smith apart from his colleagues, however, is his long history of speaking up against Israel's  crimes.

The Nobel winner , who has openly called himself a "post-Zionist," caused uproar in 2015 after getting the university to allow him teach a course called “Perspectives on Zionism.”

Smith is also a pro-Palestinian activists and has several anti-Israeli groups such as the Jewish Voice for Peace, which describes itself as an American organization seeking to end  "the Israeli occupation of the West Bank, the Gaza Strip, and East Jerusalem [al-Quds]."

The Anti-Defamation League, a known Zionist organization, characterizes the JVP as "a radical anti-Israel activist group that...[extends] its boycott agenda to include not just Israel but its American supporters as well."

In his brief bio on the anti-Israel website Mondoweiss, Smith introduces himself as a non-Jewish person who has a Jewish wife and is "very engaged with Jewish culture and politics.”

The respected academic has penned numerous articles condemning Israel's crimes and its tendency to look down on people rest of the world.

In 2012, Smith wrote in an op-ed for the Columbia Daily Tribune that the United States had to end arms sales to Israel as it committed “systematic oppression and dispossession of Palestinians in the West Bank and East Jerusalem [al-Quds]."

In 2017, he penned another controversial article on the 1917 Balfour Declaration, which laid the groundwork for Israel's establishment, blasting it as a “sordid chapter in settler-colonialist injustice.”

In his latest piece, the professor lambasted Israeli poet Naomi Shemer’s infamous song “Jerusalem of Gold,” stating that the “taint of Jewish supremacism” was “intrinsic to Shemer’s lyrics.”

Chemistry was the third of this year’s Nobel Prizes after the winners of the medicine and physics awards were announced earlier this week.

Smith and Winter each took a quarter of the $1.1 million prize that is awarded to the inners while the other half went to Arnold.