TEHRAN, October 03 - Indian police have sent seven Rohingya Muslim refugees to the border to be deported after they fled violence and persecution in Myanmar. 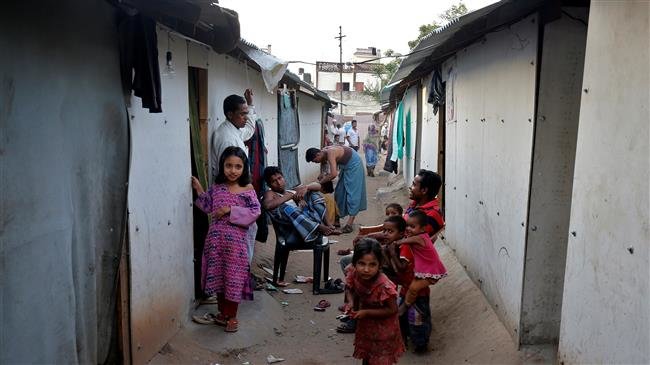 TEHRAN, Young Journalists Club (YJC) - Senior police officer Bhaskar Jyoti Mahanta said on Wednesday that the seven men had been incarcerated since 2012 for illegal entry and would be deported Thursday.

Myanmar’s Rakhine has been the scene of communal violence since 2012. Many Muslims have been killed while tens of thousands have been forced to flee as a result of attacks by Buddhists. The refugees largely live in camps in dire conditions.

Last year, Myanmar’s armed forces, backed by Buddhist extremist mobs, launched a state-sponsored crackdown campaign against Rohingya Muslims in Rakhine, using a series of attacks on military posts by gunmen they linked to Rohingya as a pretext.

The crackdown, described by UN rights officials as a textbook example of ethnic cleansing, forced over 700,000 Rohingya to flee to neighboring Bangladesh, where they are camped in overcrowded refugee centers in dire living conditions.

Rohingya Muslims, who have lived in Rakhine State for many generations, are denied citizenship and branded illegal immigrants who hail from Bangladesh, by Myanmarese officials.

Aung San Suu Kyi, Myanmar’s de facto leader and Nobel Peace Prize laureate, has come under fire, including in the latest UN report and by prominent human rights organizations, for remaining silent on the military’s brazen brutalities against the minority community.

An estimated 40,000 Rohingya live in India after having fled violence in Rakhine.

The deportation of the seven men is the first such move against the community, known by the United Nations as the “most persecuted minority group in the world.”

A UN human rights official slammed the forcible return of the Rohingya as a violation of international law.

"The Indian government has an international legal obligation to fully acknowledge the institutionalized discrimination, persecution, hate and gross human rights violations these people have faced in their country of origin and provide them the necessary protection," the UN's Special Rapporteur on racism, Tendayi Achiume, said in a statement.

Achiume said she was "appalled" at the amount of time the men had been detained.

According to the UN, about 200 Rohingya are known to be held in Indian prisons on charges of illegal entry.

The deportations follow an order made by Prime Minister Narendra Modi's Hindu nationalist government last year to deport the Rohingya, whom New Delhi described as a security threat.

According to an official at the UN refugee agency, conditions in Rakhine were not conducive for the safe, dignified and sustainable return of the Rohingya.

Cheryl D'souza, a lawyer for the petitioners, said it was important that such deportations "aren’t allowed to happen under the cover of darkness".

The lawyer added that the country’s top court has agreed to hear the matter of the seven men on Thursday.