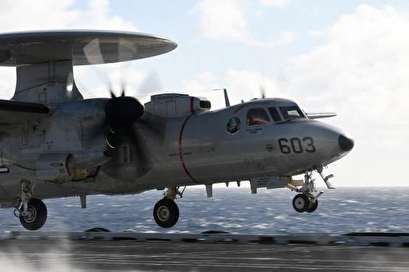 The order, announced Tuesday by the Department of Defense, provides for 163 spare parts in support of the E-2D Advanced Hawkeye aircraft.

Work will be performed in Palmdale, Calif., Irvine, Calif., and other locations throughout the United States. Work is expected to be completed in August 2020. Navy fiscal 2018 aircraft procurement funds in the amount of $7.6 million will be obligated at time of award.

The E-2D Advanced Hawkeye is the current variant of the Navy's carrier-based radar and command-and-control plane. It is designed to provide radar sensor coverage and coordinate other planes at long range.

It has 360-degree long-range radar that is effective over open seas, shorelines, and land operations. It is designed to detect, track, and identify air and surface targets, provide Friend or Foe identification and has electronic warfare and surveillance systems.

The aircraft is capable of coordinating multiple strike, air support, reconnaissance, and other missions while transmitting data back to the carrier battle group using networked data-links. The Hawkeye has been in use with upgrades since 1964.