TEHRAN, October 04 -China has rejected an allegation by the United States that Beijing has canceled security talks with Washington planned for this month, saying that US officials have “distorted the facts.” 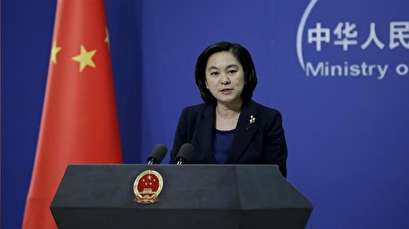 TEHRAN, Young Journalists Club (YJC) -China has rejected an allegation by the United States that Beijing has canceled security talks with Washington planned for this month, saying that US officials have “distorted the facts.”

An unnamed US official had told Reuters on Sunday that China had canceled the security meeting between American Secretary of Defense James Mattis and his Chinese counterpart, alleging that China had been unable to make its defense secretary available for the scheduled talks.

On Wednesday, Beijing effectively said that that assertion was a lie.

“Such an argument completely distorts the fact with ulterior motives and is extremely irresponsible,” said China’s Foreign Ministry spokeswoman Hua Chunying in a statement. “The Chinese side expresses strong dissatisfaction.”

Hua said Washington had recently told Beijing that it hoped to postpone the talks.

“The facts are that the United States a few days ago told China it hoped to postpone the second round of the China Diplomatic and Security Dialogue,” she said, adding, “We request [that] related parties stop this sort of behavior of making something out of nothing and spreading rumors.”

Earlier, on Tuesday, Hua said China and the US had previously agreed in principle to hold the dialogue in mid-October.

The security meeting’s first round was held in Washington last year, and its second round was scheduled to take place in Beijing.

Military tensions have surged between China and the US in recent weeks.

Washington often angers Beijing by sending warplanes and warships to territory claimed by China but disputed by other regional countries. The US says that with those deployments, it is practicing what it calls its right to freedom of navigation.

On Tuesday, China condemned that practice.

Additionally, the US has used its domestic laws to impose sanctions on China over Beijing’s decision to purchase military equipment from Russia, including advanced S-400 missile defense systems.

By applying its domestic laws to influence relations between China and Russia, the US is effectively in breach of their sovereignty.

The US has also initiated a trade war with China and has accused it of seeking to influence the US congressional mid-term elections, something that Beijing has strongly denied.