TEHRAN, October 04 - Australia's first delivery of urgent supplies will arrive soon in Indonesia to help up to 10,000 people displaced by the earthquake and tsunami. 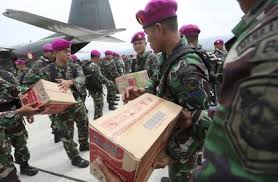 The plane was loaded with what he described as family kits — clothing, bedding, food-making equipment, tarpaulins and tools for building shelters.

Parker says Australian officials are ready to help the Indonesians transfer the aid further in the disaster zone. He says how many plane loads of aid fly from Darwin will depend on future Indonesian requests for help.

The aid is part of a $3.6 million relief commitment, including more than 50 medical professionals, that Australia made on Wednesday.