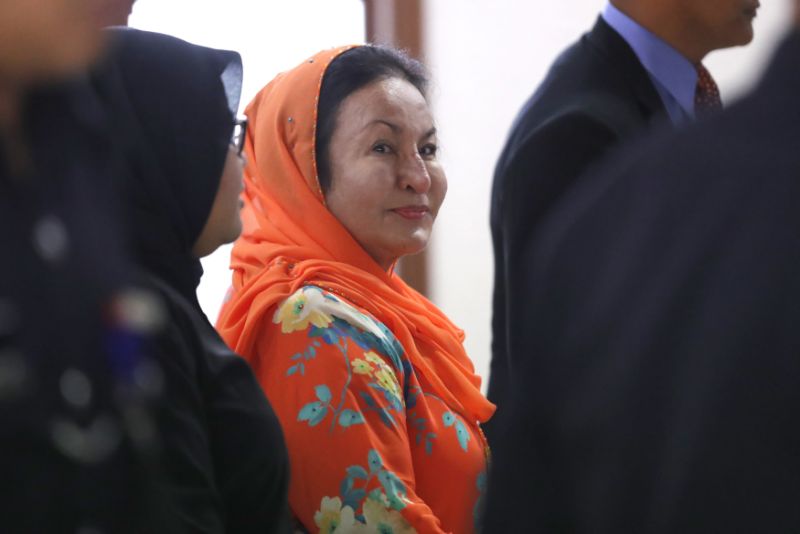 TEHRAN, Young Journalists Club (YJC) - Rosmah Mansor was charged with 12 counts of receiving proceeds from unlawful activities totaling nearly 7.1 million ringgit ($1.7 million) in her bank account between 2013 and 2017. Another five counts against her allege she failed to declare taxes on the money she received.

The charges sheets didn't mention 1MDB or where the allegedly illegal proceeds originated. But Rosmah was arrested by the anti-graft agency Wednesday after being questioned a third time over alleged theft and money laundering at the 1MDB fund.

Rosmah claimed trial and was released on bail. The court will fix the trial date later. If convicted, Rosmah would face between five and 15 years in prison and possible fines for each charge.

Her husband Najib also appeared in court Thursday for the management of his own trial over the 1MDB scandal. He has pleaded not guilty to multiple counts of money laundering, corruption, abuse of power and criminal breach of trust and is to face trial next year.

The couple smiled and waved at reporters but didn't speak as they left the court building together.

"This is a good opportunity for (Rosmah) to...clear her name," her lawyer Geethan Ram Vincent told reporters.

Najib, 65, tweeted late Wednesday after his wife's arrest that he will hold on to his hope in Allah. He had accused the new government of seeking political vengeance and has said the thousands of luxury data-x-items seized by police were mostly gifts to his family.