TEHRAN, October 05 - A new Lebanese government will be formed within a week to ten days because the country's economic troubles can no longer allow for any more delay, Prime Minister-designate Saad al-Hariri said on Thursday. 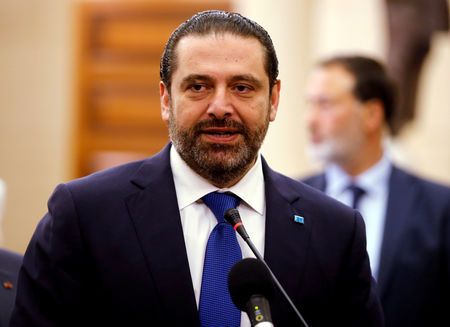 TEHRAN, Young Journalists Club (YJC) - Since a parliamentary election in May, political stalemate has prevented Lebanon from forming a national unity government, raising concerns in a country with one of the world's highest rates of public debt.

"The economic situation is very difficult...(it) can't bear disputes," Hariri said in an interview on a prime-time television show, referring to political wrangling which has delayed formation of a government.

"There are solutions, which (President Michel Aoun) and I have discussed ... Within a week to ten 10 days, the government will be formed," he said.

In the five months since the May vote, Hariri has expressed optimism several times about a near breakthrough.

A Paris donors conference in April yielded pledges of billions, conditional on reforms that the new government will have to undertake.

A big sticking point in negotiations has been the competing demands of Maronite Christian Aoun and his Free Patriotic Movement on the one hand, versus their Maronite rival Samir Geagea with his Lebanese Forces party on the other.

"We all have to make sacrifices and work together," Hariri said. He dismissed comments that foreign regional pressure had hindered the process.

The IMF wants to see immediate and substantial fiscal adjustment to improve the sustainability of Lebanon's public debt, which stood at over 150 percent of gross domestic product at the end of 2017.