TEHRAN, October 05 - Pakistan opposition leader Shahbaz Sharif has been arrested on charges of graft corruption related to a low-cost housing scheme in Punjab province, according to Pakistani officials. 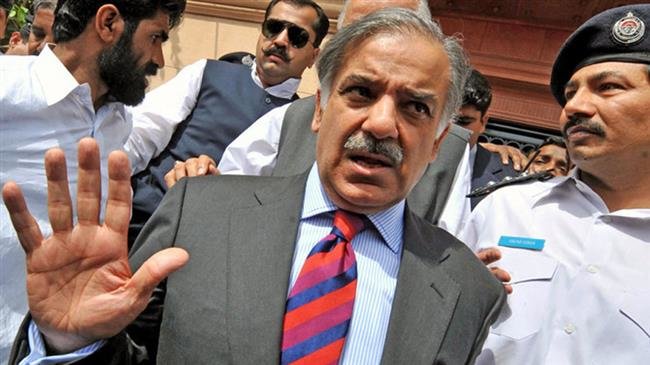 TEHRAN, Young Journalists Club (YJC) -No further notice of any court appearance date has been given following the Friday arrest, according to regional anti-corruption body head Shahzad Saleem.

Spokesman of the Shahbaz led Pakistan Muslim League-Nawaz Party (PML-N) Malik Ahmed Khan responded to the detention stating that "we are assessing the situation and consulting party leadership to prepare a strategy for a future course of action."

Shahbaz's arrest comes after the PML-N elected him to replace his brother and former Prime Minister Nawaz Sharif as party head following a Supreme Court decision that effectively disqualified him from running as prime minister in July.

Nawaz was subsequently sentenced to 10 years in prison as a result of family related property corruption charges revealed through a massive leak of confidential documents dubbed the "Panama Papers", only to be released from prison last month after a court suspended the sentence following his appeal.

Shahbaz and his brother claim to be targets of an intentional purge directed to weaken the powerful Sharif family's political influence by Pakistan’s military establishment.