US leaders have deception gene

Tehran, YJC. Lawmaker says any hope in talks with the US is baseless because of the American deception gene. 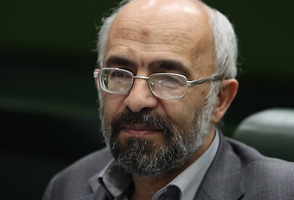 Tehran representative to the Majlis Hossein Nejabat in interview with Fars said "In the past decades we have been to witness the US deception in different matters, which have lead to the Islamic countries’, especially Iran’s, mistrust in the US.”

Nejabat added "The US cries of human rights and its simultaneous support for the Takfiri terrorists in Syria is itself a telling sign of the American deception. Also, while they talk of human rights in Syria, they remain silent and do business with the Persian Gulf littoral countries with human right problems.”

"The US sanctions that followed the Geneva agreement are another instance of the American deception. Their statements and their new sanctions show that even when they are signing the agreement, the Americans are deceitfully playing with words.”

Stating that there is the deception gene to American leaders, Nejabat said "Some inside Iran want to tie the country’s fate to the Geneva talks. My advice to these people and the managers of this task is to open a new case for the negotiations and untie the country’s future off the case.”