TEHRAN, October 07 -US President Donald Trump has signed a new bill that authorizes American officials to shoot down privately-owned drones if they are deemed as a threat, drawing criticism about potential abuse of the law. 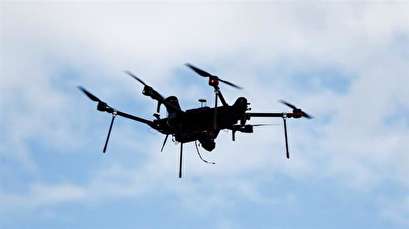 TEHRAN, Young Journalists Club (YJC)-US President Donald Trump has signed a new bill that authorizes American officials to shoot down privately-owned drones if they are deemed as a threat, drawing criticism about potential abuse of the law.

The FAA Re-authorization Act -- signed by Trump on Friday – also consists of several points that are intended to bring US aviation regulation up to date, including new provisions to act against privately-owned drones.

Section 1602 of the legislation specifically outlines the “protection of certain facilities and assets from unmanned aircraft,” authorizing the detection, monitoring, and interception of drones “without prior consent” of their owners.

The bill further permits US authorities to neutralize a potential threat using “reasonable force, if necessary, to disable, damage, or destroy” the Unmanned Aerial Vehicle (UAV).

It particularly allows federal authorities to shoot down a privately owned UAV even without a warrant amid criticism that such authority may easily be abused.

This is while rights group, the American Civil Liberties Union (ACLU) censured the FAA Re-authorization before Trump signed it into law.

“These provisions give the government virtually carte blanche to surveil, seize, or even shoot a drone out of the sky — whether owned by journalists or commercial entities — with no oversight or due process,” said an ACLU spokesman as quoted in a report by Tech Crunch news outlet.

“If lawmakers want to give the government the power to hack or destroy private drones, then Congress and the public should have the opportunity to debate how best to provide adequate oversight and limit those powers to protect our right to use drones for journalism, activism, and recreation,” the EFF further emphasized.

The development came as drones have gained growing popularity in recent years since being made available to the general public, including journalists and hobbyists.