TEHRAN, October 07 - Under pressure from the US to lower oil prices, Saudi Arabia says it has already replaced Iranian crude lost to US sanctions. 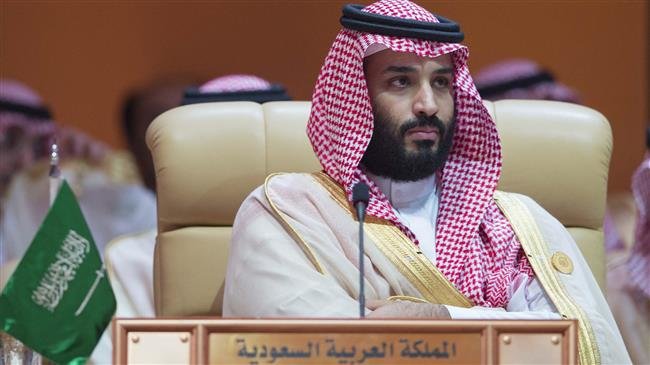 TEHRAN, Young Journalists Club (YJC) - The announcement was made by Saudi Crown Prince Mohammed bin Salman who told Bloomberg in an interview that his country and other producers had raised output by about 1.5 million barrels per day, offsetting an estimated 700,000 barrels per day taken off world markets due to anti-Iran sanctions.

“The request that America made to Saudi Arabia and other OPEC countries is to be sure that if there is any loss of supply from Iran, that we will supply that. And that happened,” he said.

“Iran reduced their exports by 700,000 barrels a day, if I’m not mistaken. And Saudi Arabia and OPEC and non-OPEC countries, they’ve produced 1.5 million barrels a day.

So we export as much as 2 barrels for any barrel that disappeared from Iran recently. So we did our job and more.”

Speaking at a rally in Mississippi on Tuesday, US President Donald Trump said Saudi Arabia and King Salman bin Abdulaziz Al Saud would not last "for two weeks" without US military support.

Back in May, Trump pulled his country out of the 2015 Iran nuclear deal, called the Joint Comprehensive Plan of Action (JCPOA), despite objections from other signatories of the accord.

In August, Washington re-imposed the first round of anti-Iran sanctions it had lifted under the JCPOA. The second phase of US bans will come into effect next month.

The Trump administration has called on all buyers of Iranian oil to cut imports to zero.

Iran, OPEC’s third-largest producer, has blamed Trump for oil price hikes, but the US president has pointed the finger at OPEC and called on the oil-producing body to boost output.

Trump wants to tame down fuel costs ahead of tough congressional elections on November 6.

Elsewhere in his interview, bin Salman claimed that the recent rise in oil prices was not due to Iran.

“We believe the higher price that we have in the last month, it’s not because of Iran. It’s mostly because of things happening in Canada, and Mexico, Libya, Venezuela and other countries that moved the price a little bit higher,” he said.

The Saudi crown prince further noted that Saudi Arabia is now pumping about 10.7 million barrels per day and can add a further 1.3 million “if the market needs that."