TEHRAN, October 08 - The Chinese head of Interpol resigned as Beijing announced Monday he was under investigation for allegedly breaking domestic law, while his wife voiced concern for his life following his disappearance. 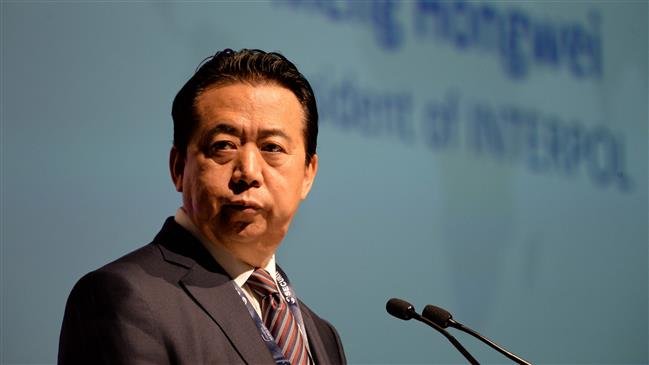 TEHRAN, Young Journalists Club (YJC) - China had been tight-lipped about the fate of Meng Hongwei, who is also vice minister for public security, since French officials disclosed on Friday that he had been reported missing after leaving France for China last month.

His case could tarnish Beijing's efforts to gain leadership posts in international organisations, but it is also a black eye for France-based Interpol, which is tasked with finding missing people, analysts say.

His wife, Grace, told reporters in Lyon, where Interpol is headquartered, that she was concerned after receiving a text message from her husband with a knife emoji.

Soon after, Interpol said it had received Meng's resignation "with immediate effect".

It is the latest high-profile disappearance in China, where a number of top government officials, billionaire business magnates and even an A-list celebrity have vanished for weeks or months at a time.