TEHRAN, October 08 - President Tayyip Erdogan said on Sunday he was closely following the case of missing Saudi journalist Jamal Khashoggi after Turkish officials said they believed he had been killed at the Saudi consulate in Istanbul. 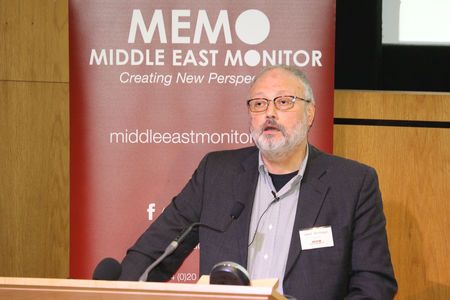 TEHRAN, Young Journalists Club (YJC) - Erdogan told reporters that authorities were examining camera footage and airport records as part of their investigation into the disappearance last week of Khashoggi, who had been increasingly critical of Saudi Arabia's rulers.

A former newspaper editor in Saudi Arabia and adviser to its former head of intelligence, Khashoggi left the country last year saying he feared retribution for his criticism of Saudi policy in the Yemen war and its crackdown on dissent.

On Tuesday he entered the Saudi consulate in Istanbul to get documents for his forthcoming marriage. Saudi officials say he left shortly afterwards but his fiancee, who was waiting outside, said he never came out.

Two Turkish sources told Reuters Turkish authorities believe Khashoggi was deliberately killed inside the consulate, a view echoed by one of Erdogan's advisers, Yasin Aktay, who is also a friend of the Saudi journalist.

"My sense is that he has been killed...in the consulate," Aktay said.

Erdogan said he was personally following the issue, without saying what he believed had happened to Khashoggi.

"Entries and exits into the embassy, airport transits and all camera records are being looked at and followed. We want to swiftly get results," he said, adding without explanation: "My expectation is still positive."

The United States is seeking information, a State Department official said. "We are not in a position to confirm these reports, but we are following them closely," the official said.

Khashoggi's fiancee could not immediately be contacted but she said in a Tweet that there had been no official confirmation of the Turkish sources' statements. "Jamal was not killed and I do not believe he was killed," Hatice Cengiz posted.

Another Turkish security source told Reuters that a group of 15 Saudi nationals, including some officials, had arrived in Istanbul in two planes and entered the consulate on the same day Khashoggi was there, and later left the country.

The source said Turkish officials were trying to identify them. Turkey's Anadolu news agency also reported that the group of Saudis were briefly at the consulate.