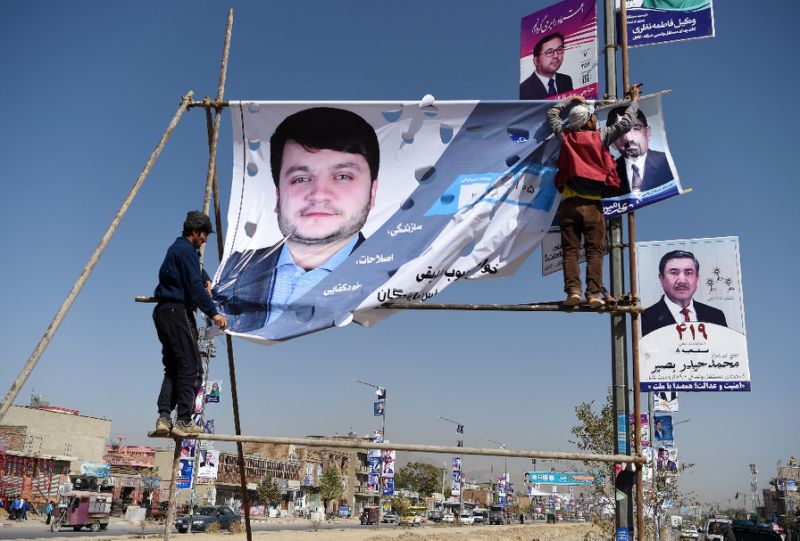 "People who are trying to help in holding this process successfully by providing security should be targeted and no stone should be left unturned for the prevention and failure" of the election, Mujahid said in a statement published in English.

The Taliban -- Afghanistan's largest militant group that was toppled from power in the 2001 US-led invasion -- typically issue inflammatory and hyperbolic statements about the Afghan government and its international backers.

But this latest declaration comes just days before the parliamentary election, which is seen as a crucial dry run for next year's presidential vote and has already been marred by deadly violence.

It also comes as Khalilzad meets with Afghan leaders for the first time since his appointment last month to steer peace efforts with the militants.

"We believe if more attention is paid to the (peace) process, there is a good chance of success," Abdullah said.