TEHRAN, October 09 - An internal battle is being fought inside the Trump administration to save Iran's access to international financial markets, providing Tehran with a critical lifeline ahead of the implementation of harsh new economic sanctions, according to multiple U.S. officials who spoke to the Washington Free Beacon. 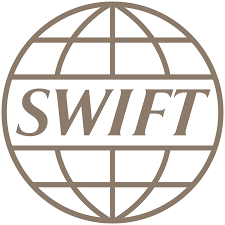 TEHRAN, Young Journalists Club (YJC) - Top officials in the Trump administration's Treasury Department—including some who hope to save the nuclear agreement—are said to be pushing for Iran to remain connected to the SWIFT banking system, an international system that facilitates cross-border transactions.

SWIFT leaders were in Washington, D.C., last week holding meetings with Trump administration officials to ensure that Iran retains its access to the international banking system, which has helped keep the ailing Iranian economy afloat as European allies seek to continue doing business with the Islamic Republic, according to U.S. officials familiar with the situation.

While President Trump and top White House national security officials such as John Bolton have made clear that SWIFT and European allies must end their business dealings with Iran, a cadre of Treasury Department officials are said to be standing firm against this effort, paving the way for an internal showdown ahead of the Nov. 4 deadline for new sanctions, sources said.

"President Trump instructed the administration to restore all of the sanctions from the Obama era and then some, because that's what maximum pressure means," said one U.S. official who works extensively on Iran policy, Freebacon reported.