Iran tries to save JCPOA: Larijani

TEHRAN, October 09 - Iran’s Parliament Speaker Ali Larijani said Tehran would continue efforts to preserve the Joint Comprehensive Plan of Action (JCPOA), the multilateral nuclear deal from which the US withdrew in May. 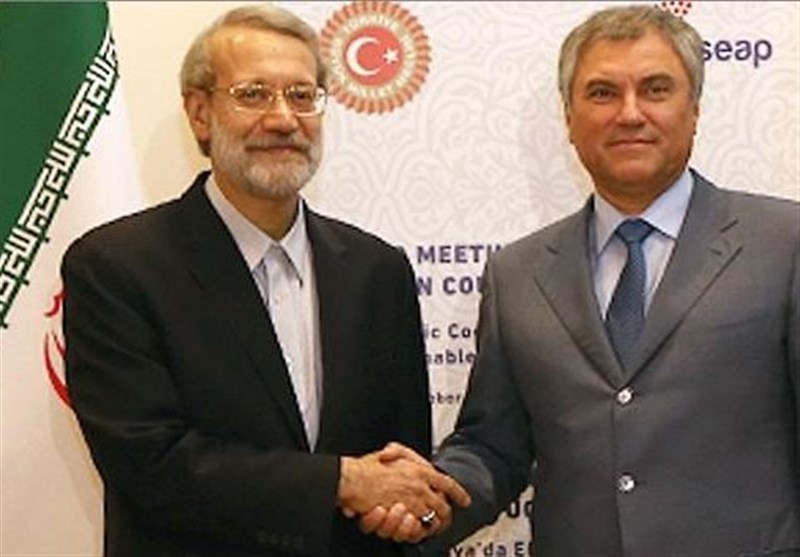 TEHRAN, Young Journalists Club (YJC) - In a meeting with Chairman of Russia’s State Duma Vyacheslav Viktorovich Volodin in Turkey on Monday, Larijani said Iran will keep trying to save the JCPOA, but expects the Europeans to honor their commitments swiftly as well.

The US policies on international issues have become harsher and more problematic, Larijani also deplored.

He further hailed the growing commercial ties between Iran and Russia after a high-profile meeting of the parliaments of the two states, held in Russia’s Volgograd in early September.

The meeting between Larijani and Volodin was held in Antalya on the sidelines of the third annual gathering of parliament speakers of the Eurasian countries.

The conference is attended by 20 parliament speakers and parliamentary delegations from 17 Asian and European nations.