TEHRAN, October 09 - The gout drug allopurinol may offer some protection from kidney disease, according to a new study that upends traditional beliefs. 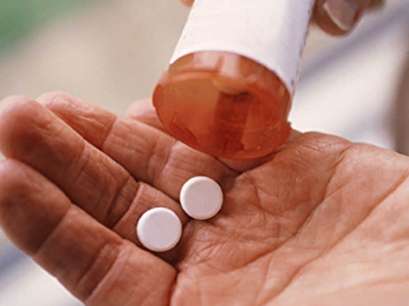 TEHRAN, Young Journalists Club (YJC) -The gout drug allopurinol may offer some protection from kidney disease, according to a new study that upends traditional beliefs.

Some doctors hesitate to prescribe the drug to patients because of concerns it may raise their risk for chronic kidney disease, even though there is a lack of evidence to that effect.

As a result, many gout patients are undertreated, the Boston University School of Medicine researchers say.

They say their findings show that taking allopurinol to manage this painful form of arthritis is not only safe, but also potentially beneficial in reducing risk of kidney disease.

"Ultimately, we hope these results will be disseminated to [doctors] taking care of patients with gout," study co-author Dr. Tuhina Neogi said in a university news release. She's a rheumatologist and professor of medicine and epidemiology.

Gout is the most common inflammatory arthritis in the United States, affecting 3.9 percent of adults, or more than 8 million people. It's caused by urate crystals collecting within the joints, resulting in pain and swelling.

Allopurinol (brand name: Zyloprim) is the most frequently used medication to manage the condition, the researchers said in background notes.

For the study, Neogi and colleagues looked at more than 4,000 patients in the United Kingdom who took full-dose allopurinol to prevent painful gout flare-ups.

After an average of five years using the drug, 12.2 percent had developed stage 3 chronic kidney disease, compared with 13.1 percent of patients who did not take allopurinol.