Arak reactor will not be shut down 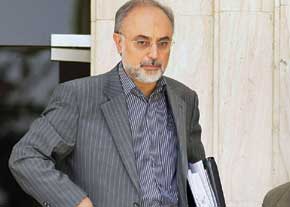 The Head of Iran’s Atomic Energy Organization Aliakbar Salehi meeting ayatollah Nouri Hamedani said that the Arak reactor will not be shut down, adding "Iranian scientists have formerly tried enriching uranium to 20 percent. We have fuel for 4 years for the Tehran reactor.”

Fars reports that he further said "None of the rights stated in the IAEA statute nor in the NPT have been trespassed in the Geneva agreement.”

Maintaining that there are trust-building measures in the agreement, Salehi said "The final goal has been made clear. Some measures have also been defined and the two sides will act on par.”

"We will not lose anything there,” he maintained, further pointing out "Any time we need we will be able to resume the 20-percent enrichment in a short while.”

He added that the West had urged Iran to abandon the Arak heavy water reactor for a light water one provided by them and said "We have not trespassed that precious achievement and we do not mean to lose it.”