The release from prison of Mikhail Khodorkovsky and two members of the feminist punk group Pussy Riot drew worldwide attention to complaints about political prisoners in Russia. Although none of the three were convicted of political crimes, the taint of political vengeance hung strongly on all their cases. 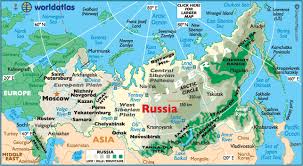 Here's a  look at some other politically loaded convictions and trials in Russia:
ALEXEI NAVALNY
Navalny, an anti-corruption campaigner who became the most prominent leader of the loose opposition to President Vladimir Putin, spent only one night behind bars. But the case effectively was a synopsis of critics' complaints about the Russian legal system: its political taints, its unreliability, the sense that it is a puppet of the executive branch.
Authorities mounted a complicated and seemingly improbable charge against him: that when working as an unpaid adviser to a regional governor, he arranged for the theft of half a million dollars' worth of timber from a local company. None of the company managers who appeared as witnesses in the trial supported the contention except for one -- whom Navalny had recommended to be fired.
Navalny was convicted in July and sentenced to five years in prison. But no sooner had he been led off to jail, prosecutors asked that he be kept free pending appeal. On the surface, the argument was that Navalny was a registered candidate for the Moscow mayor's race and should be allowed to run until his appeals were exhausted. Below the surface, speculation was wide that Putin feared that imprisoning Navalny would only re-energize the opposition.
He lost the mayoral race in September, and his second-place finish was stronger than expected. But he can't try again because in October a court upheld his conviction, although it suspended his sentence. A week later, Russia's main investigative agency said it has filed new charges against him, this time for allegedly defrauding a French cosmetics company.
PLATON LEBEDEV
Lebedev was a close associate of Khodorkovsky, heading Menatep Group, the holding company that had a controlling interest in Khodorkovsky's oil company Yukos. Lebedev was convicted along with Khodorkovsky during trials in 2005 and 2011.
Although Lebedev was far less visible than Khodorkovsky before his arrest in 2003, their close business involvement may have made the Kremlin view him as an enabler of Khodorkovsky's funding of opposition politicians and a tacit supporter of the tycoon's presumed political ambitions.
Amnesty International has declared Lebedev a "prisoner of conscience."
ARCTIC 30
The arrest of 30 Greenpeace activists in September after they tried to mount a protest at an offshore Russian drilling rig wasn't political on the face of it, but the oil and gas industry is intimately tied to Russia's politics. It's the source of much of the wealth that floods certain parts of Russia, and that prosperity has been a key to Putin's staying in power.
In addition, the Greenpeace protest challenged Putin's cherished, carefully cultivated image as an outdoorsman who cares about Russia's ecology. The protesters say offshore drilling poses a severe threat to the delicate balance of the Arctic environment.
The environmental group said Tuesday that one of the activists has been granted amnesty and that it expects others to receive the same treatment in the coming days.
BOLOTNAYA
Nearly 30 people were rounded up in May 2012, after clashes between police and demonstrators at a protest on Moscow's Bolotnaya Square on the eve of Putin's inauguration to a third term as president. Some face up to 10 years in prison if convicted.
The drawn-out proceedings have seen only three cases decided --  two who received light sentences after cooperating with authorities and a third who was sent for forced psychiatric treatment. That man, who was convicted of beating a policeman, had a history of schizophrenia, but rights activists charged the court was reviving the Soviet-era practice of using punitive psychiatry against dissidents.
Four more people were granted amnesty last week. Several defendants are under house arrest, but most of others have been in jail for a year and a half pending trial.
Share to
Tags
Prisoners ، Russia ، Khodorkovsky
Your Comment