Are negotiations just a means of Iran to buy time? 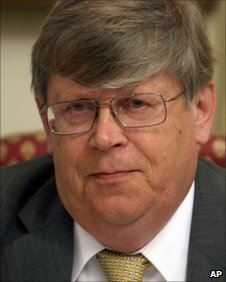 In recent days we saw some negative signs that may destroy the Geneva Agreement between Iran and 5+1.

He says in these regards.

The delay in the start of the implementation of the Joint Plan of Actions is a matter of concern for several reasons. The text of the plan appears to commit Iran to freezing its program at its magnitude not on November 24, but rather on that of the date of implementation, which remains still to be agreed. This means that, for example, by January 24, Iran will have produced additional 460 kilograms of uranium enriched up to 5 percent and additional 30 kilograms of uranium enriched to 20 percent. In addition, Iran has been continuing, as stated the other day by Mr. Salehi, the production additional centrifuges, and its uranium mines and milling facilities are likely continuing to produce and process uranium ore.Work on the Arak reactor is proceeding.The nuclear program proceeds, and questions are increasingly raised whether then negotiations are just a means of Iran to buy time.

Former Deputy Director-General for Safeguards at the International Atomic Energy Agency continued "Another argument effecting the discussion is that the continued Iranian advancement of its uranium and plutonium programs is against various legally binding UN Security Council resolutions, which obligate Iran to "without further delay suspend . . . all enrichment-related” activities and "all heavy-water related projects,” including construction of the Arak reactor. Also the questions regarding the military dimension of the program appears to be deferred to a later date."

While the delay changes the situation on ground, the forces opposing the deal gain additional momentum due to reasons mentioned above he expressed.

With regard to the verification, it should not be difficult to achieve such an agreement. The verification measures agreed and implemented between the IAEA and Iran in 2003/2004 can serve as a good basis for monitoring ofthe activities during the initial phase. However, after the P5+1 and Iran have reached their agreement, the IAEA and Iran has still to achieve an understanding on actual verification measures, which means additional round(s) of negotiations. Once the IAEA has confirmed that Iran has, indeed, complied with the terms of the Plan, sanctions will be lifted. Even in a good case, several weeks will pass before that stage is achieved, Heinonen added.

|
0
0
Answer
Beheading is west's new technic to threaten the people of the region in middle east which is curried out by saudi kings the main ally of the zionist and west.When i see a beheading clipps i see mr Obama , Natanyaho,Merkel , and other EU presidents are beheading syians
ebrahim
|

|
0
0
Answer
Mr. hinonen would you please let people of the world know why all countries that does not obey US ,EU and zionist's orders are prime suspect in all fields? look around bombers that killed some tens of inocent people and injured many more in Russia, continous blood shed in Syria and Iraq.killing Iranian scientist and soldiers in borders.how you people dare to talk about human rights.you people think that humans live only where US allies live others are all terrorists.you civilized western countries gave chemical weapon to Saddam who killed a lot of people in the region.shame on you murderers.
Your Comment