TEHRAN, November 03 -Evidence has shown the Western-backed White Helmets "aid" group is a branch of the Takfiri Jabhat Fateh al-Sham militant group, also known as the al-Nusra Front, according to the Russian Foreign Ministry. 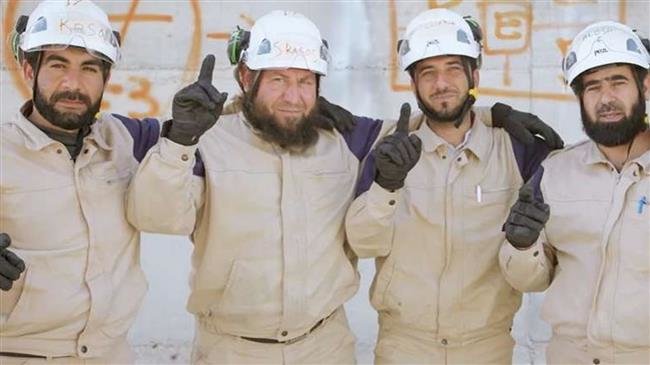 TEHRAN, Young Journalists Club (YJC) -The statement released on Friday pointed out to the group’s insistence to flee areas that have fallen under government control as a sign of its overt militant allegiance.

"It is no secret that this agency was active only in areas not controlled by the [Syrian] government and did not avoid contacts with terrorists and extremists. Moreover, there are numerous witness reports saying that the White Helmets actually are a branch of the Jabhat al-Nusra organization blacklisted by the United Nations Security Council," read the statement.

The ministry reiterated previous warnings of an upcoming chemical “provocation” being prepared by the White Helmets, describing the group as desperately seeking “to make a statement in Syria” in the Idlib de-escalation zone.

“Just like before, they are preparing a sensational show aimed at giving a free hand to those opposing the legitimate Syrian government, who are reluctant to abandon their aggressive plans - these include, first and foremost, some Western states led by Washington."

The recent statement comes after earlier reports released by the Russian Defense Ministry and Syrian media revealed specific details of chemical agents being transferred in militant-held territory and warned of upcoming attacks being staged in Aleppo and Idlib.

“Local residents reported to the Russian Reconciliation Center that this group of White Helmets searched for residents who would like to take part in staged video footage in exchange for food," said Russian Defense Ministry Spokesman Major General Igor Konashenkov in a media briefing last week.

Moreover, reports surfaced last month detailing an incident where chemicals under Jabhat al-Nusra's control had fallen into the hands of the Daesh Takfiri terrorist group.

The self-styled volunteer rescue group has been repeatedly accused of acting as the media arm for Takfiri groups, and charged with staging false flag chemical attacks in a bid to prompt Western military intervention in Syria.