TEHRAN, November 04 - Commander of the Islamic Revolution Guards Corps (IRGC) Major General Mohammad Ali Jafari warned US President Donald Trump not to threaten Iran, highlighting a litany of US defeats in confrontation with the Islamic Republic. 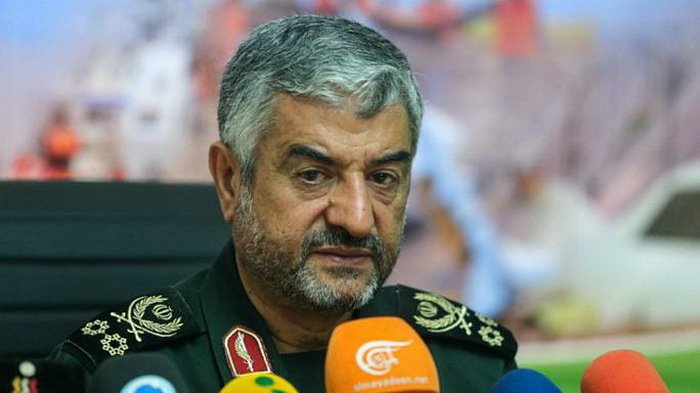 TEHRAN, Young Journalists Club (YJC) - “Mr. Trump! Do not ever threaten Iran,” Major General Jafari said in a gathering of demonstrators marking the anniversary of US embassy takeover in Tehran on Sunday.

Pointing to US soldiers’ “whimper of fear” in their encounter with Iran and the high number of American veterans who commit suicide because of depression, the IRGC chief said the US power is on the wane.

The enemy’s last option, namely economic war on Iran, has been defeated and the US tool of sanctions has become useless, the commander stated.

He also stressed that the Islamic Revolution would have not lasted for 40 years if the US embassy in Tehran, known as the den of espionage, had not been taken over by students back in 1979.

On November 4, 1979, and in less than a year after the victory of the Islamic Revolution that toppled a US-backed monarchy, Iranian university students who called themselves "students following the line of (the late) Imam (Khomeini)" seized the US embassy in Tehran, which had become a center of espionage and planning to overthrow the newly established Islamic system in Iran.

The students who seized the embassy later published documents proving that the compound was indeed engaged in plans and measures to overthrow the Islamic Republic.

Every year on the 13th day of the Iranian month of Aban (which this year falls on November 4), the Iranian nation, particularly students, hold rallies across the country to mark the day.