TEHRAN, November 04 -An "alarming" number of American parents save unused antibiotics and give them to family members and other people, a new study finds. 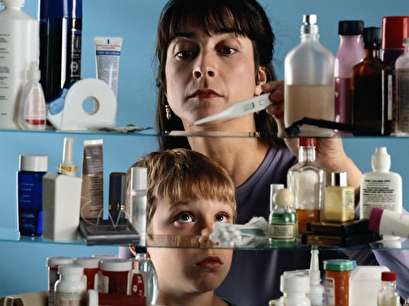 TEHRAN, Young Journalists Club (YJC) -An "alarming" number of American parents save unused antibiotics and give them to family members and other people, a new study finds.

This type of misuse helps fuel antibiotic resistance, the study authors said. Their report is scheduled for presentation Monday in Orlando, Fla., at the national conference of the American Academy of Pediatrics, or AAP.

"This is dangerous not only for those given antibiotics that weren't prescribed for them, but for entire populations of people who some antibiotics may no longer help when the bacteria they target become resistant to them," study senior author Dr. Ruth Milanaik said in an AAP news release.

The researchers conducted an online survey of nearly 500 U.S. parents and found that about 48 percent said they'd kept leftover antibiotics rather than properly dispose of them.

Of those, 73 percent later gave the drugs to siblings, unrelated children and unrelated adults, sometimes months after the antibiotic was originally prescribed. Some of the parents also used the leftover antibiotics themselves.

A common reason parents gave for keeping unused antibiotics was to avoid the cost of a second trip to the doctor.

The dosage of the unused antibiotics given to others was typically the prescribed dosage, or was estimated based on the age of the child, the study authors said.

The survey also found that 16 percent of parents said they'd given adult medications to their children.

Milanaik said more needs to be done to educate parents about antibiotics and the risks of taking them without proper medical consultation.

"Although the discovery of antibiotics has revolutionized medicine, it is imperative that clinicians emphasize the importance of [proper use and disposal of these medications] to make sure they remain an effective tool against infectious diseases," she said.

Research presented at meetings should be considered preliminary unless published in a peer-reviewed journal.