TEHRAN, November 06 - India said it expects a major jump in its exports to Iran in light of a sanctions waiver mechanism provided by the United States to maintain purchases of oil from the Islamic Republic. 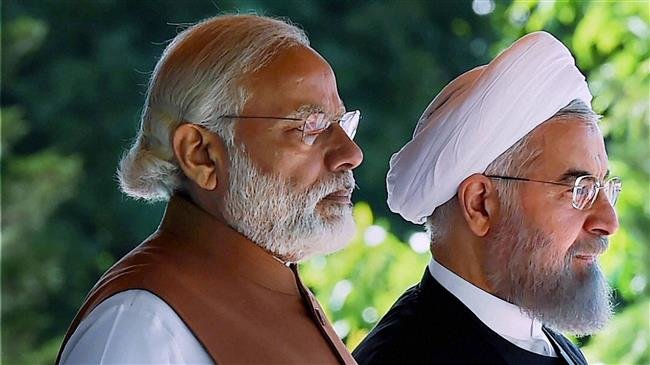 TEHRAN, Young Journalists Club (YJC) - Ganesh Kumar Gupta, the president of the Federation of Indian Export Organizations (FIEO), was quoted by media as saying that the trade terms envisaged in Iran sanctions waiver mechanism would provide assurances for increased exports to Iran.

This, Gupta added, could translate into a rise of 20-25 percent under the new bilateral trade regime between the two countries.

"If there is bilateral trade and in exchange of crude, the Iranian government makes payment in Indian rupees to Indian exporters then there can be a jump of 20-25% in exports to Iran," he said.

On Friday, the US said countries that had received waivers to continue purchases of oil from Iran – including India – would have to set up escrow accounts from which payments to Tehran would be settled.

Senior US official Brian Hook was quoted by media as saying that settlements with Iran would be carried out through “credits” and not hard currency, and that the same credits could be used to settle financial matters over exports of goods to Iran.

The revised terms of crude purchase being worked out between Indian and Iran includes rupee-denominated trade, where the Islamic Republic nation would give assurance of Indian imports to the tune of oil bought by Indian refiners, reported DNA India news portal.

The revised terms of trade between India and Iran would require rupee payment in India's UCO Bank, which does not have international exposure and so is immune to sanctions. One striking amendment to the previous arrangement is that the entire Iranian crude import would be in rupee and Iran would have to utilize this amount for imports from India, the report added.

The settlement technicalities envisaged in the waiver mechanism would save foreign currency for the countries that have been allowed to continue oil purchases from Iran among other gains.

Elsewhere in his remarks, FIEO head Gupta said Indian exports to Iran during the last fiscal year stood at $2.5 billion, which was less than 1 percent of India's total exports of around $302.8 billion.

In comparison, Iranian imports from India were about $5 billion in 2011 when rupee trade with Iran existed and before the sanctions were slapped against the country, according to a report by DNA India news portal.