TEHRAN, November 06 - The deputy chief coordinator for the Islamic Republic of Iran's Army, rear admiral Habibollah Sayyari has said all military and defence systems used by the Iranian Army are manufactured at home by Iranian experts. 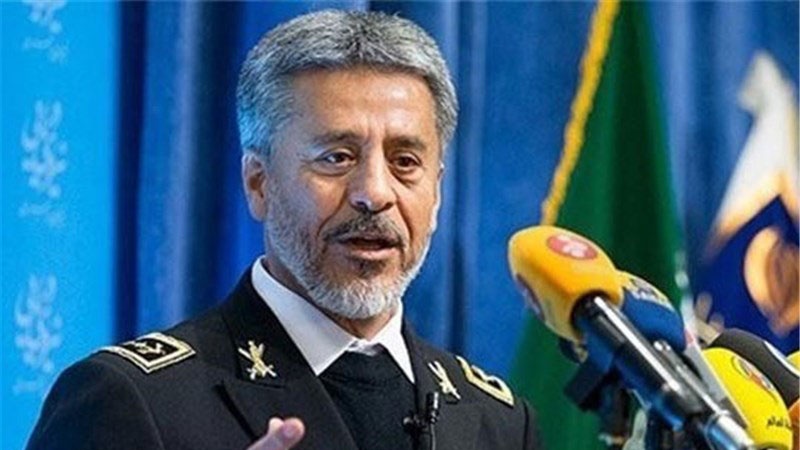 TEHRAN, Young Journalists Club (YJC) - In an interview on channel 2 of Iranian television on Monday night, Rear Admiral Sayyari emphasized that Iran's armed forces are fully ready and alert to deal with any threats from the enemies, adding: "All military and defence systems used by the Iranian Army are manufactured at home by Iranian scientists, engineers, and experts."

The deputy chief coordinator of the Iranian Army added: "We constantly monitor enemy threats, and the Defence Ministry and the Armed Forces know very well what threats we are facing, and we manufacture our defensive weapons, according to our needs.

Commenting on the upcoming aerial military exercises, code named Velayat 97, Rear Admiral Sayyari said these military exercises will take place over half-a-million square kilometers of land, an area about one-third of the country, with the Iranian Air Force, the Aerospace division of the IRGC , and the Khatam-ol-Anbia air defense base all taking part in the exercises. The military drills will test the combat readiness of the Iranian Air Force and the IRGC Aerospace division.

Earlier, in an exclusive interview with Iran Press news agency, on the sidelines of a conference at Iran's National Defense University, General Mohammad-Hassan Nami said: "The world should respect Iran and its ability to secure the Persian Gulf".

General Nami added: "The world should respect Iran and Iran's ability to defend against threats".