TEHRAN, November 08 - South Korea says it has reached a deal with Iran to use local currencies in mutual trade between the two countries instead of the US dollar 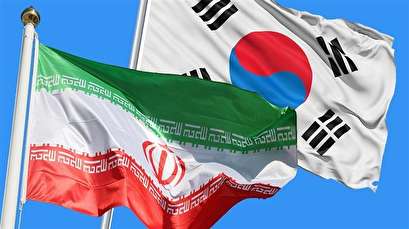 TEHRAN, Young Journalists Club (YJC) -South Korea says it has reached a deal with Iran to use local currencies in mutual trade between the two countries instead of the US dollar.

According to Yonhap News Agency, the two countries "will restart the won-based settlement of bilateral trade transactions" using the accounts of the Central Bank of Iran at two South Korean banks: Woori Bank and the Industrial Bank of Korea.

"It's expected to provide South Korean firms with more opportunities for the trade of non-sanctions data-x-items such as medical products, processed food and home appliances, although the exports of some products including steel and automobile parts will be affected by the sanctions," Yonhap quoted an anonymous informed as saying.

The move came after the US announced on Monday that it had restored all Iran sanctions that had been lifted in 2015 after a nuclear deal was signed between the country and the five permanent members of the Security Council – the US, Britain, France, Russia and China – as well as Germany.

Nevertheless, experts have already emphasized that contrary to the goals which the US would try to achieve by renewing its sanctions against Iran, the bans would only have a limited effect on the country’s economy, while failing to affect its regional involvement.

"Iran has been sanctioned for more than 40 years. It is not something new," Seyyed Hossein Moussavian, a former Iranian nuclear negotiator and Middle East policy specialist at Princeton University, told the Middle East Eye news portal on Friday.

Following the announcement of waivers, SK Innovation, South Korea's biggest oil refiner by sales, said it was planning loadings of condensate from Iran for early January.

SK Innovation said the waiver is for six months though it can be extended and that the company was looking to diversify supply sources.

According to S&P Global Platts Analytics, South Korea would be able to take around 4 million barrels a month (130,000 bpd) of Iranian crude and condensate.

South Korea is the largest buyer of Iranian South Pars condensate, an ultra light oil which is mainly used as a raw material to make petrochemicals like plastics.

South Korean refiners and petrochemical producers suspended shipments of Iranian crude and condensate in July for the first time in six years, ahead of the early November deadline set by the US to end trade with Iran.