TEHRAN, November 08 - At least six civilians have been killed when Saudi military aircraft carried out airstrikes against a residential area in Yemen’s strategic western province of Hudaydah as the Riyadh regime presses ahead with its atrocious bombardment campaign against its southern neighbor. 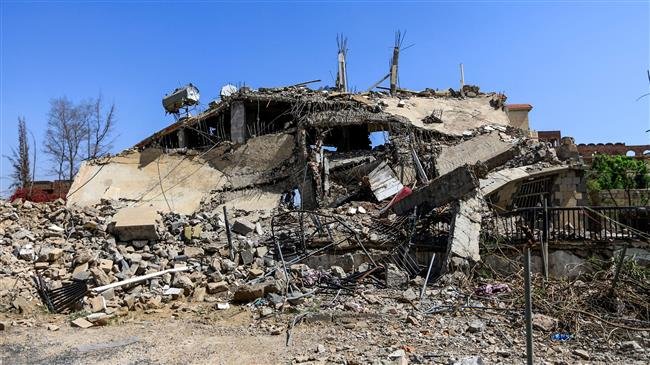 The source added that the airstrikes claimed the lives of a father and his five children.

Earlier in the day, Yemeni army soldiers and allied fighters from Popular Committees targeted the positions of Saudi-backed militiamen loyal to Yemen's former president Abd Rabbuh Mansur Hadi in the al-Matun district of the northern Yemeni province of al-Jawf, killing and injuring tens of them.

Army soldiers and their allies also managed to take control of a number of areas in Saudi Arabia’s southwestern border region of Jizan, where Saudi mercenaries had been stationed.

An unnamed Yemeni military source said a domestically-manufactured Zelzal-1 (Earthquake-1) ballistic missile was also fired at the mercenaries, which left more than 20 of them, including commanders, dead.