Saudis seek to seize Hudaydah to make up for losses: Expert

TEHRAN, November 10 -Saudi Arabia is seeking to capture Yemen’s main port city of Hudaydah in an attempt to gain a “strong position” in any forthcoming political negotiations to end the conflict in the impoverished Arab nation, says a Middle expert. 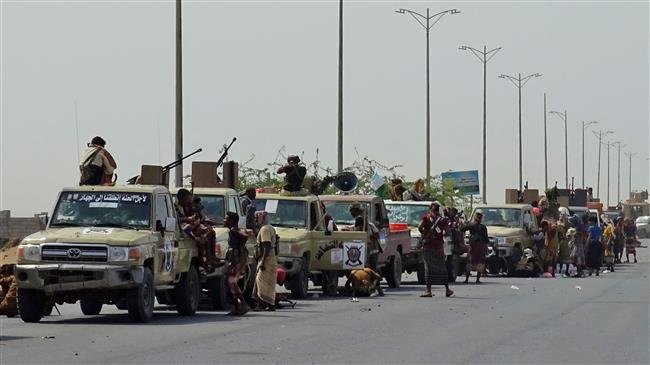 TEHRAN, Young Journalists Club (YJC) -“As the world has said the only solution to the Yemeni crisis is civilian dialog, is negotiations on the table not through the missiles and bombs that are being thrown and dropped on civilians, day in and day out. So the Saudis feel that their position is weak, they have been defeated, four years they haven’t achieved anything … So Saudi Arabia is in a very weak position. They want to strengthen their position before any negotiations by capturing Hudaydah,” Saeed Shehabi told Press TV in an interview on Saturday.

Saudi-backed militants announced on Friday that they had begun a military operation to take over Hudaydah, claiming that they had advanced towards the northern and the western flanks of the port city.

A senior Houthi official dismissed the claims, saying the aggressors had already failed to achieve any of their objectives due to the “exemplary steadfastness” of the Yemeni people.